Meeting With Our Reps in DC.

My April trip is taking shape. It’s built around the annual three-day meeting of the Rail Passengers Association held in Washington, DC. Days One and Three are devoted to workshops, seminars, outside speakers and association business. Day Two is our “Day on the Hill” when we all descend on our elected Members of Congress to present our “Ask” for the year. For RPA, that mostly and unfortunately boils down to “Please don’t eliminate Amtrak’s pitifully small annual subsidy!”

It comes as a surprise when you first realize that, in the world of Washington politics, there is nothing farther down on the totem pole than a freshman member of the House. These people may be a big deal in their home districts, but their egos take a beating when they arrive in our nation’s capital and he or she gets to see their new office. Small, cramped, crowded, inadequate … and those are the better ones. 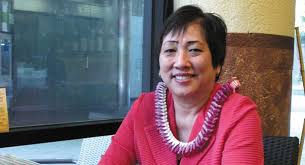 In 2011, I had an appointment with a member of Rep. Coleen Hanabusa’s staff. Coleen had just been elected and my meeting with her aide took place on a small sofa that was the predominant feature of her waiting area. In fact, I was sharing the sofa with another constituent there to complain about a lack of service her husband was getting from the Veterans Administration.

At any rate, it seems likely to me that this year our Day on the Hill will be spent doing what we can to beat back an effort by the Trump Administration to kill off Amtrak’s long-distance trains.

The Hawaii delegation—two senators and two members of the House—are fully on board in their support of Amtrak. But with many others in Congress, our RPA members find themselves using practical arguments to counter a position dictated by a philosophy. We say, “For millions of Americans living in the mid-west and west, an Amtrak long-distance train is the only available affordable public transportation.” To which the Republican idealogues reply, “But the government shouldn’t be in the business of subsidizing train travel by wealthy Americans.”

It’s so frustrating. The anti-rail people hear, but they don’t listen.