That’s another bit of wisdom often heard from my late father-in-law. Good advice for life in general; maybe not so good when it comes to international travel. That’s when small details can matter a lot.

I have never gotten into any kind of an official mess when traveling outside of the U.S.—inadvertently taking a prohibited something through Customs or losing my passport—but I’ve just heard of a potential snag and am surprised that the issue hasn’t bitten me earlier during my previous international travels.

According to one of the staff people working for travel ombudsman Christopher Elliott, we could be asking for trouble if the name on our international airline ticket doesn’t exactly match the name in our passports. 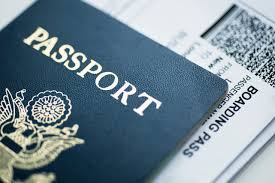 My full, legal name, as it appears on my passport, is James Lee Loomis III. But, since both my grandfather and my father are deceased, I haven’t used the “III” for years. In fact, the only documents I can think of on which my full name appears are those on file with the attorney who prepared our will and other trust documents.

Normally, I don’t spell out my middle name, using just the initial “L” instead. And the main reason I do that is because there is another Jim Loomis here on Maui living quite close by. That has led to some confusion on a few occasions. For instance, we’re pretty close to the same age and we both use the same medical group.

Anyway, the airlines don’t seem to care when it comes to domestic flights. When I go onto the American or Hawaiian Airlines sites to book a flight, they both have me in their records simply as “James Loomis”. I do seem to recall, however, that somewhere in the process of buying an international airline ticket, the directions for filling out one of the blank space saying ”Your name as it appears in your passport.”

At any rate, I shall pay strict attention to that from now on and make sure to use my entire name when making international airline reservations . . . or any other international travel document. Anything to reduce the chance of a confrontation with French Customs officials. Anyone who has ever been through one of those knows what I’m talking about.

Previous Rationalizing Another Visit to France.
NextGetting to Know You … in the Diner.