If we’re lucky, there are one to two events that occur in our lives that cause us to pause and say to ourselves, “I’ve got to remember this moment”.

When I was at Boston University pursuing the Radio/TV curriculum, part of our required course of study was to staff the school’s student-run radio station, WBUR. (It’s now the NPR station in Boston.)

On Election Night in 1958, I was given a portable tape recorder and sent off to report from Jack Kennedy’s campaign headquarters. He was standing for re-election to the U.S. Senate that year, but it was no secret that he was going to run for president in 1960. Of course Kennedy won big that night and when he finally walked in, the five or six of us from various media outlets crowded around. That’s when I learned you can’t describe charisma, you can only experience it. I was struck dumb. Never asked a question. But that was the first extraordinary moment I knew I had to remember. 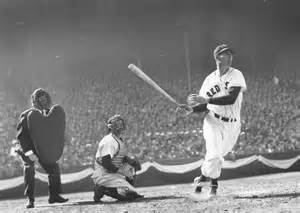 Not quite two years later, on a raw, rainy afternoon in late September, I was still in Boston at Fenway Park where the Red Sox were playing the Baltimore Orioles. It was Ted Williams’ last game in a Red Sox uniform. I think it was in the 7th inning, when the man John Wayne always wanted to be came to bat for the very last time. Moments later, Ted Williams ended an incomparable 21-year career by hitting a line drive home run into the bullpen in right field. As the crowd stood and cheered, and the greatest hitter in the history of the game circled the bases for the very last time, I said to myself, “I’ve got to remember this moment.”

On an August evening in 2011, I was in Moscow, about to leave the following day on a train ride across Siberia to Mongolia, then south to Beijing. That night, a dozen of us left our hotel for an informal walking tour of the city. We came up out of the subway, climbed a gentle flight of stone steps, and passed through a simple archway. It took me two or three seconds to realize that I was standing in Red Square. The rest of our small group began to move off across that vast open space towards Lenin’s tomb. I couldn’t. I had to wait long enough to be sure I would always remember that moment. And I do. All three of them.

Previous More Nickel and Diming.
NextDo Come Visit Us … But Be Careful!