NARP Meetings Over; Boston Next.

Three days of NARP meetings here in Washington have concluded and the main topic of conversation today was about the almost universal reaction to yesterday’s Day on the Hill when we all made the rounds of the several House and Senate office buildings. Armed with printed “leave-behinds” outlining NARP’s position on topics relating to passenger rail, we all met with our own senators and representatives or, more commonly, with one of their staff people. While not something that can be stated with absolute firm conviction, it was surprising to hear that almost everyone had essentially the same “intelligence” to share.

First, we all agreed that the Trump Administration is way behind schedule and its proposal for a 25 billion dollar wall along the Mexican border is DOA. The Democrats are all flatly opposed to it, while the Republicans, just to hedge their bets, said they first want to see what kind of funding mechanism is proposed . . . and THEN they would probably be against it. 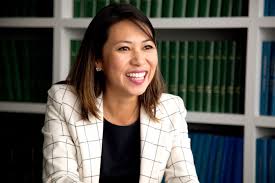 Of course, being a non-profit 501(c )3 organization, NARP is not permitted to take sides politically. All that notwithstanding, when newly-elected Member of Congress Stephanie Murphy showed up at our reception last evening and was introduced as the person who had defeated long-time Republican incumbent, John Mica, she was given a rousing ovation.


Throughout his 20-plus years in Congress, Mica made a career of harassing Amtrak, which he invariably referred to as “America’s Soviet-style railroad.” Ten or so years ago, for reasons far beyond my comprehension, NARP awarded Mica 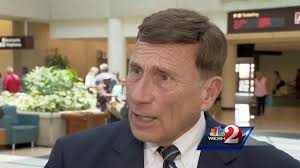 our annual Golden Spike Award with the presentation ceremony held after the luncheon concluding the three days of meetings. As we were finishing our lunch, Mica breezed in with two or three aides in tow. Following presentation of the award, he announced that he had to leave for a important committee meeting where he was working very hard to get $5 billion for a new runway at Miami International Airport. At a bare minimum, it was an insensitive remark to a group of passenger rail advocates. Well, Mica finally got beat and, as far as I’m concerned, good riddance!

(Note: Because you just never know who’s listening these days, I feel compelled to add that the opinions expressed here are my own and in no way reflect the views of the National Association of Railroad Passengers. So there, Boris!)

(I’m off on an Amtrak Acela tomorrow to Boston for a three-game series between the Red Sox and the Chicago Cubs. Then Boston-Chicago-Seattle on Amtrak.)

Previous Volunteerism At a Whole New Level.
NextTrip Report: WAS-BBY on the Acela.