Great Advice from “A Bronx Tale.”

The film version of A Bronx Tale was released in 1993. The main character is the son of a New York City bus driver. When he’s about 10, the boy comes under the influence of the neighborhood tough guy–rich, brutal and dangerous–who is admired by all the petty crooks in the neighborhood and feared by everyone else. The gangster takes the boy under his wing–over the strenuous objections of the bit father, and the rest of the film is about that conflict . . . and a lot more. 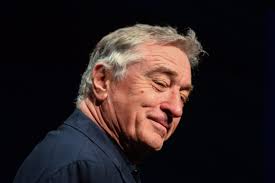 Robert De Niro played the bus driver/father in the film and he directed the show of the same title that’s now playing on Broadway at the Longacre Theater on West 48th Street. I was glad that the story hasn’t changed, but quite surprised that it’s now a musical. But it works, and the Broadway version is a sensational show: great cast, great story, great music. 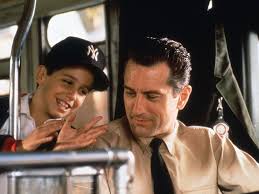 Thankfully, the Broadway version retains includes the great line from the movie when the De Niro character is counseling his son–now a teenager–about the pitfalls in falling in love for the first time:

“You see, son, the trouble is, sometimes the little head tells the big head what to do.”

By the way, there are electronic displays and posters for the show all over Penn Station. If you’re in New York, go see it.