Why Can’t We Learn from the Brits?

I really don’t understand the argument that if passenger trains can’t operate at a profit, they should go out of business. That’s what the Libertarians and the people presenting the Trump budget are saying: mass transit, commuter trains and Amtrak’s long-distance trains all lose money, therefore eliminate their federal subsidies and let ’em sink or swim.

Most of the people who object to government subsidizing transportation seldom if ever use the systems. It never dawns on them that we need affordable transit systems in our cities so their low-wage employees can get to their jobs. Likewise, we need the long-distance trains because they are the only affordable public transportation for millions of Americans all across the west and mid-west.

The fundamental problem is that about half of us look at an issue—transportation or health care, for example—and try to figure out the best way to make it work. The other half looks at the same issues and tries to figure out how to make a buck.

The Brits tried that with passenger rail in 1994 under the Conservative government of Prime Minister John Major, who said at the time that privatization would mean “better, cheaper and more effective service” for rail passengers. OK, it’s been 23 years . . . so how’s it working out? 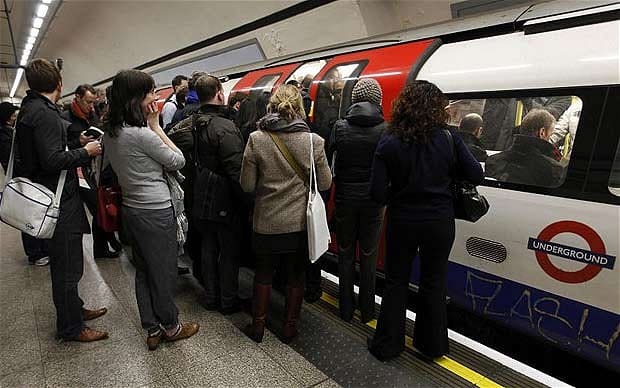 Well, generally speaking, rail passengers in the UK are spending several times more than their counterparts across the channel and they’re getting less service. There are periodic strikes and passengers are unhappy with delays and overcrowding.

One of the railroads recently surveyed its passengers and found that only 21 percent were satisfied with the service being provided. That’s hardly surprising since, over the past decade, rail fares have gone up at twice the rate of wages.

The champions of privatization are undaunted, of course, because according to their dogma, private enterprise always—that’s A-L-W-A-Y-S—operates more efficiently than government does. But here’s the thing: government CAN be efficient . . . and it can run transit systems that serve the taxpayers well. As with any business, public or private, it just takes good management.

The difference is simply that for transit systems owned by private investors, there is constant pressure to cut costs and increase revenues in order to show a profit, while bus systems and commuter rail lines owned and operated by government are free to provide more and better service if and when revenues are sufficient to do so.

Bottom line (at least in my book): the profit motive should not be a factor when it comes to essential public services.

Previous Are Long-Distance Trains Really in Danger?
NextHawaii Is Different, Even the Time.