It Takes Time and Effort to Fit In.

People moving to Hawaii from the U.S. mainland find the first few months filled with new experiences, some coming as a shock. A half gallon of milk costs $7.49? Are you kidding me?

The reason is simple: everything from Corn Flakes to Cadillacs has to be shipped in from at least 2500 miles away. And anything that’s large in volume, but light in weight is really costly: paper towels, Kleenex, breakfast cereal . . . stuff like that.


Then it’s expected that you will learn how to pronounce the names of significant streets and towns. For example, Kaaawa is a small community on the windward side of Oahu. And, yes, there are three “A’s” in a row. But once you understand that every vowel is pronounced and the accent is always on the next to last syllable, it comes out kah-ah-AH-vah. (Oh . . . did I mention that “W” is pronounced like a “V”?) 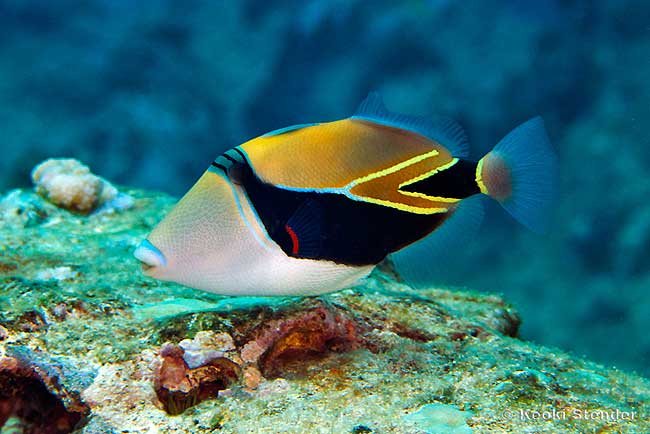 It is true that some Hawaiian words are very long, the most common example being the name of the exotic reef trigger fish: Humuhumunukunukuapua’a. The only reason most of us remember that name is because it’s used in the lyrics of an old time hapa-haole song. (Hapa is pidgin English for “half” and haole is what Hawaiians call Caucasians … so a hapa-haole song is one that has English lyrics.)

A few hundred Hawaiian words are commonly used and understood by most of us, and many have multiple and often subtle meanings:

manini (Mah-NEE-nee) means small or tiny, but the subtle meaning is that whatever you describe as manini, really ought to be bigger. “I was really hungry, but the portions were so manini!”

puka (POO-kuh) A puka is a hole, as in “I dug a puka in the backyard”. But there’s a lot more to this one, too. For instance, you might say, “I went to the dentist to have a puka filled.” Or “I drove around the block three times before I found a puka.” Or even, “Call me sometime. My number is six seven three puka puka four nine.”

kokua (koh-KOO-uh) means help or assistance, but more than that is implied: if help is not given selflessly, it’s not really kokua.

Then there are the island customs that newcomers need to remember. For example, you always take your shoes off when you enter someone’s home here. Just kick them off on the front steps.

I had lived here several years before I realized that I really fit in … that I no longer though about living in a place where everyone belongs to a racial minority. I’d been to a backyard party, had a wonderful time, and it was only after I had gotten home that it struck me: I was the only haole there.