I’ve written about grade crossing accidents here several times. I’ll probably do it again. The thing is, it’s a very frustrating problem because every one is avoidable. It doesn’t matter if it’s someone driving around the gates trying to beat the train or some poor soul who chooses that way to end his life. I’ve been a passenger on trains that encountered one of each kind. I don’t recommend it. 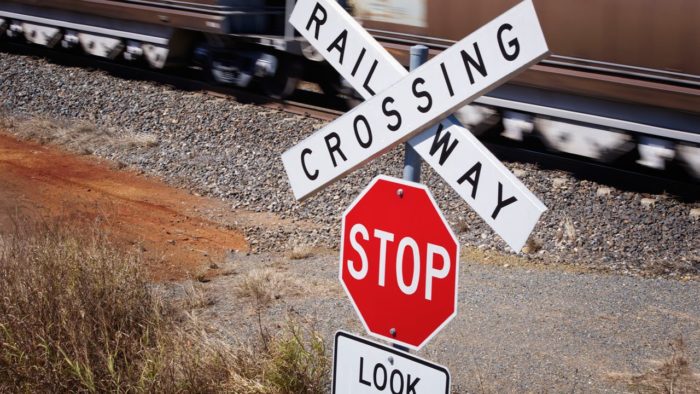 The first one was about 30 years ago. My daughter and I were having a soft drink in the lounge car of the northbound Silver Meteor and about fifteen minutes after leaving Savannah, Georgia, the engineer suddenly hit the brakes . . . hard. Perhaps five seconds later, there was a jolt and I looked out the window just in time to get a glimpse of an old Volkswagen van, upside down and slowly spinning around. Actually, to be more precise, it was the rear HALF of the van that was spinning around. The Meteor had broken it in two.

The lounge car attendant, showing no sympathy, muttered, “Well, crap! Now I’ll be lucky to get home for supper.” She was right, too. By the time the coroner and the police had finished their work, we were running four hours behind schedule.

The other incident took place last summer as the Lake Shore Limited was leaving Erie, Pennsylvania about 2:00 in the morning. We were still gaining speed when there were two or three jerks and bumps, and the train came to a stop. This one was a suicide. A young man, still in his 20s, waited for the train to leave the station and drove his pickup truck onto the tracks right in front of us. We weren’t traveling more than 30 or 35 miles an hour at the time. But even at a relatively slow speed, all that weight and momentum was more than enough. And, yes, we were almost exactly four hours late into Chicago the next day. That seems to be the norm.

Forty some years ago, the railroads, in partnership with government, founded Operation Lifesaver, essentially an awareness effort starting in the schools. It also includes pressure for more protected crossings, meaning flashing lights and clanging bells and gates. It’s working, too! There were 7,000 incidents and 582 deaths from grade crossing accidents in 1985. In 2015, there were just over 2,000 accidents resulting in 244 fatalities.

People are still being killed though, and in a train/car collision, the train always wins. Always. An Amtrak engineer put it into perspective for me. “A train hitting an automobile is like running over a mailbox in your family car. You got no chance.”