What the Heck is a Listicle?

I got a listicle by email this morning. That’s a recently created word referring to a newspaper or magazine article that lists ten or twelve of anything: the ten most popular breed of dogs, or the twelve new car models most likely to have serious repair problems. Quite often, there is no mention of any “expertise” claimed by the authors.

This morning’s listicle was the Twelve Most Amazing Train Rides in the World, according to a David Pettitt. I clicked on the link, curious to see if the amazing Bernina Express was on his list. It was not.

Several of the train rides on Mr. Pettitt’s list would be a unanimous choice of any train travel enthusiast: the Trans-Siberian, the train from Cusco to Machu Picchu, the Indian Pacific that crosses the Australian continent, and the Qinghai-Tibet Railway from Beijing to Lhasa. The U.S. wasn’t left out because one of Amtrak’s long-distance trains was included in the list of twelve: the Crescent.


Wait . . . the Crescent?? I’ve traveled between Washington and New Orleans on the Crescent twice and it’s a nice, pleasant ride. Crossing Lake Pontchartrain is a different experience, but “an amazing train ride?” I think not.

And when the Crescent stops in Tuscaloosa, Alabama, you can see parts of the University of Alabama campus. According to the LSU fan who was seated across from me in the dining car, Tuscaloosa is “the home of the world’s most obnoxious football fans.” I suppose, given the behavior of American football fans in general, that could qualify as amazing. 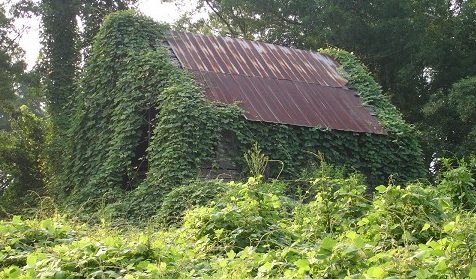 Perhaps Mr. Pettitt thinks the kudzu is amazing. I’ll admit I did. You certainly see a lot of that ubiquitous vine from the Crescent—covering telephone poles, junk cars, and even small buildings.

But for an amazing train ride in the U.S., what about the California Zephyr crossing the Sierras over Donner Pass? Or the Southwest Chief running alongside the original Santa Fe Trail for many miles? The Coast Starlight’s route down the California coast into the Los Angeles area is literally a few yards from the Pacific Ocean for many miles. And the Empire Builder runs a pretty amazing route, skirting the border of Glacier National Park, then climbing through massive forests in the Cascade Range.

The Crescent is a nice pleasant overnight ride, but that’s pretty much it. To say it’s one of the 12 most amazing train rides in the world is—well—simply amazing.