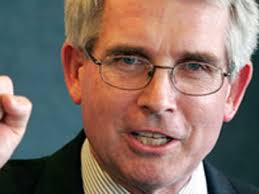 Until recently, Wick Moorman, Amtrak’s new president, has pretty much stayed out of the news, but he has recently granted a few interviews, including one with the National Public Radio affiliate station WBUR in Boston. In the interview—you can click here to reach the WBUR website where it’s posted—Moorman was articulate, pleasant, made a good impression and, while informative to the casual listener, revealed nothing of any real consequence to those of us who are passenger rail advocates.

Moorman said he and his top staff people have been in contact with the Trump Transition Team and he believes they understand the importance of passenger rail. We shall see.

He said he was pleased that the Gateway Project—the proposed new tunnels under the Hudson River—seems to be progressing.

He said Amtrak has taken a big step forward by ordering new train sets to replace the Acela equipment, the timetable for going into service being 4 to 5 years.

And he acknowledged that the long-distance trains were badly in need of new equipment—both rail cars and locomotives.

In terms of growth, Moorman said that he felt most of that will come from shorter routes that are supported by funding from a number of states.

In other Amtrak news, the railroad’s loyalty program, Amtrak Guest Rewards, will be announcing a number of “improvements”—probably the best of which being the elimination of blackouts for Acela trains on certain dates.

However there are also going to be penalties for canceling or changing reservations that were booked using AGR points … how many points you’ll lose will depend on how many points the trip cost and how close to the departure date you cancel. Specifics will be announced on January 24.

In the meantime, don’t get excited. Changes in loyalty programs, even those described as “improvements”, are almost always better for the company than they are for the loyal traveler.