There has been a lot of criticism directed at all the loyalty programs lately. I’ve been a member of the American Airlines Aadvantage program for almost 25 years and we have a credit card that adds one mile to my Aadvantage account for every dollar spent.

I also have a Hawaiian Airlines card and, as an inducement to sign up, the airline started me off with 50,000 free miles. I try to take maximum advantage of promotions like that and we charge almost everything—from groceries to car insurance—to earn American or Hawaiian miles.

Amtrak has its own loyalty program—Amtrak Guest Rewards—which awards points for dollars spent on Amtrak tickets, plus bonus points for Business Class or Acela First Class. Amtrak also promotes a credit card that earns points, and once or twice a year they let you buy points at a substantial discount. 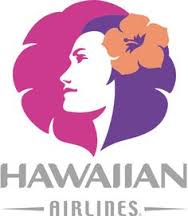 My wife and I are planning a mainland trip this summer and we’ll travel to Los Angeles on American Airlines and return to Maui from San Francisco on Hawaiian. Sounds simple, and we’ll make it work, but American always finds a way to squeeze the most possible number of miles from you.

Case in point: an American flight from Maui to Los Angeles on the day we need to travel will cost each of us 22,500 miles. Not too bad. Oops … wait a second! That itinerary shows there’s one stop on the way—in Dallas! Maui to L.A. by way of Dallas? I think not. And, look–it lands in Orange County, not at LAX. Further exploration reveals they do have a non-stop flight to LAX . . . but it will cost us 40,000 miles. Each.

By contrast, I find that using Amtrak Guest Rewards points is very straight forward. I’ll have to pay cash for one leg, but I have enough points to take us from New Orleans to Chicago on the City of New Orleans, and from Chicago to the Bay Area on the California Zephyr—a roomette for each of us on both trains with our meals included.

Except for buying 15,000 Amtrak Guest Rewards points at a 30% discount, all those miles and points were accumulated since the first of this year as the result of expenditures we were going to be making anyway.

So why are these loyalty programs a bad deal?