Dining Out in The French Quarter.

Basically, I had three reasons for coming to New Orleans: a nice long train ride, a second visit to the World War II Museum here, and another opportunity to dine at Irene’s Cuisine.


Is Irene’s a popular spot? Well, I booked my reservation three-plus weeks ago and was lucky to get get a 6:00 p.m. reservation. Typically, the place was packed when I showed up, even at that relatively early hour, but there was a table set for one person in the second dining area and I was shown directly to it as soon as I gave my name.


The young man–these days, that means mid-30s–who was my waiter inquired where I was from and that led to him saying he had never been to Hawaii, but had traveled extensively across the Southern and Western Pacific. I must say, it’s not every day that you meet someone who has been to Tonga and Samoa and Guam.


Dinner was superb as expected: an appetizer of spinach ravioli, followed by a shrimp and corn chowder, a main course of five perfectly prepared lamb chops, and concluding with a wonderful bread pudding with vanilla ice cream and a double espresso. Regrettably, Irene’s is closed on Sunday nights so I shall have to find someplace else. 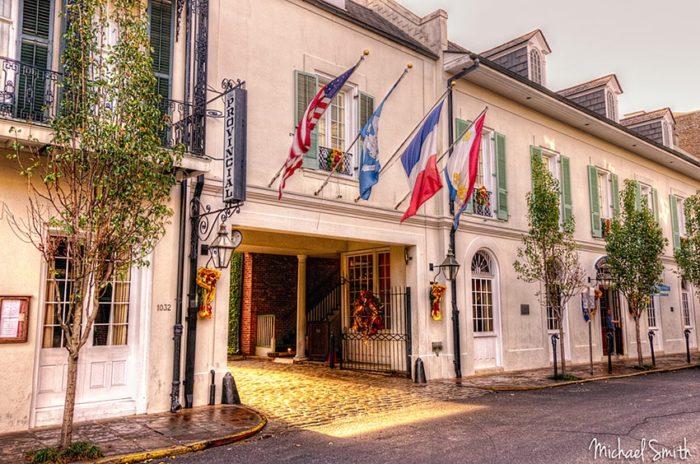 The French Quarter is a mixed bag. It is undeniably charming, with quaint brick buildings dating back to the mid-1800s. But the streets are narrow and crowded. And it’s noisy because there are restaurants and bars featuring live bands on every corner. No matter. I’m staying once again at the Hotel Provincial (photo above) because it’s quaint and charming and old … and Irene’s is less than 100 yards up the street.

Tomorrow’s schedule is TBD, except that at 3:00 p.m. local time, I will sit down in front of the TV and see if the Red Sox can avoid a complete three-game sweep at the hands of the Cleveland Indians. As a typical Boston fan, I am hopeful, but fear the worst.

Previous Still Nibbling Away at Food Service.
NextNew Orleans Is A Bit Different.