When One Plus One Equals Three.

For a long time, Amtrak ran a couple of buses and one train a day between Seattle and Vancouver in British Columbia. A second train was added several years ago and passenger traffic has steadily increased since then.

According to Washington State Governor Jay Inslee, the number of Canadian visitors arriving into Seattle from Vancouver on Amtrak is now about 150,000 a year and has been increasing every year. The governor says there are estimates that those visitors are spending $11 million a year in Seattle.


Governor Inslee, a Democrat, is working with Canadian officials to have U.S. Customs and Immigration people in place at the Vancouver railway station to clear visitors before the train departs. Estimates are that would cut at least 15 minutes from the Cascade’s existing schedule.

This is welcome news, of course, but it’s also amusing. Traffic goes the other way, too, and when the second daily train was still under consideration, Canadian Customs and Immigration balked at the cost of providing officers to process a second daily trainload of northbound passengers. 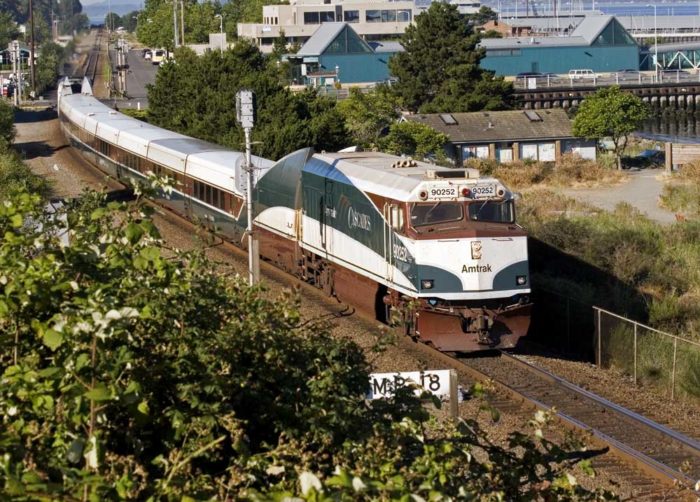 Evidently someone in authority back in It Ottawa asked, in so many words, if the Customs people in Vancouver had lost their freaking minds. The money was found and the second daily train was launched soon thereafter. Visitors from the U.S. are now able to take Amtrak to Vancouver, have lunch, spend the afternoon shopping or wandering around in Stanley Park, and still be back in Seattle before 11:00 p.m. What’s not to like about that?

That’s why we—meaning the National Association of Railroad Passengers—keep harping on how more frequency means greater convenience which brings more passengers which generates more revenue. I know I’ve quoted this before, but the old railroad adage is “double the frequency; triple the ridership.” With both public and private investment, passenger rail–be it Amtrak or All Aboard Florida or Texas Central–will prove that.