The Sounds of Freedom in Boston.

In 1959, I had just graduated from Boston University and was working for a small company owned and run by Sid Dimond, a professor and mentor of mine at Boston University’s College of Communications. Sid was a writer and a good one. He had, in fact, written for the old radio show, Inner Sanctum, which scared the living crap out of me at age nine or ten. 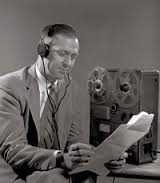 Sid was a bona fide pioneer with a new technology just coming into use: tape recording. Our little company—Sid was the boss; I was the only employee—created training materials for businesses and produced paid programming that aired on radio stations around New England–the infomercials of that day.

It was Sid’s idea to produce an LP, a vinyl disk, that was an audio tour of Boston’s famous Freedom Trail. There were interviews with people at the various stops and some of the unique sounds one would hear while on the trail: the bell tolling in the steeple of Old North Church was one. Tying everything together was a narration—written by Sid, of course.

I spent hours recording those sounds: the creaking wooden floor in Paul Revere’s home, a tour guide’s patter in Faneuil Hall, the sound of feet on the stone steps of the Bunker Hill monument and fragments of conversations by out-of-breath tourists who had reached the top and were viewing that part of the old city.

(My favorite comment: “How could Paul Revere see the lanterns in the church steeple with all these tall buildings in the way?” I badly wanted to include that in the final edited version on the Freedom Train album, but Sid’s older, wiser head prevailed.)

I did all the editing of the tape and in those days we would literally cut and splice the raw tape, a crude and laborious process with almost no margin for error. Today it’s all done electronically and in an eye-blink.

I suppose there are still a few copies of the album sitting forgotten on dusty shelves. Of course, no one owns a turntable anymore, so there’s no way to play them. But the Freedom Trail is still there and it’s still a “must-do” for anyone visiting Boston. In fact, Boston, the city itself, is a “must-do” and should be on every American’s travel agenda.