Regulation: Some Good, Some Not.

The argument for and against government regulation goes on. And on. And on. What I object to is the knee jerk reaction by conservatives who oppose any new regulation simply as a matter of ideology. No doubt some government regulation is overblown and intrusive. Maybe even unnecessary. But most is sensible and needed. (By the way, what is it about the phrase “well regulated” in the Second Amendment that the National Rifle Association and their supporters don’t understand?) 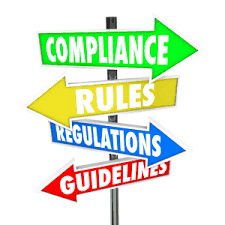 Surely we need to regulate the pharmaceutical companies to be sure we’re not paying outrageous prices for pills that don’t work or are unsafe. And do we really want the “free market” to self-regulate when it comes to the food we eat? And shouldn’t there be oversight and regulation in the transportation industry … the airlines, for instance? Don’t we want the FAA keeping an eye on things?

Here’s the related question of the day: how many people should operate a train? In the days of steam engines, there were two people in every locomotive cab, an engineer and a fireman. The arguments began when diesel locomotives replaced the steam engines. Why, management asked, do we still need two people in the head end? For safety reasons, replied the Federal Railroad Administration, the government entity that—here’s that word again—regulates the railroads.

But now that issue has gotten a bit more complicated. Following a deadly collision in 2008, the FRA mandated the implementation of Positive Train Control systems (PTC). Using global positioning and computers and track-side signals, PTC will supposedly override human error and prevent accidents.

Now that we’re within a couple of years of having PTC in place, the Association of American Railroads, on behalf of their membership, is questioning the FRA’s mandate that there be two people in every locomotive cab. With PTC in place, says the AAR, one engineer should be enough.

It’s a legitimate question, and you can bet that Amtrak is interested in this issue since they are in their perpetual and enforced cost-cutting mode. Still, as a frequent Amtrak passenger, when I’m tucked in and settling down for the night in my roomette, as the Southwest Chief rolls along across Kansas at 79 miles an hour, I think I’d sleep more comfortably knowing that there are two engineers up there in the head end.