The travel web sites, and even the local newspapers, are carrying horror stories about delays travelers are facing when going through security—more than three-hours in Denver the other day as an example, with lots of people missing flights. The government web sites are still saying we should arrive two hours ahead of time for domestic flights and a full three hours for international flights, but in some cases, that doesn’t seem like enough. Oh, swell. 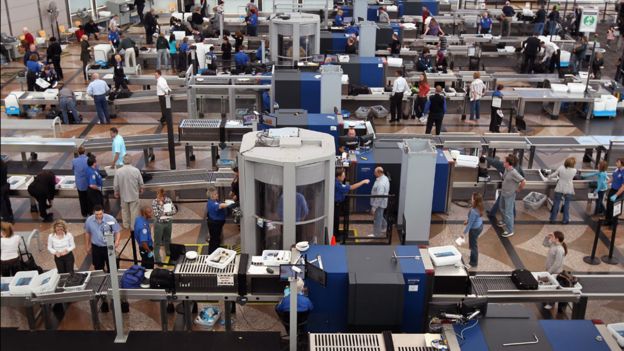 Here in Hawaii, we do a lot of flying, both among the islands and to the mainland. There are, in fact, people who actually commute between the islands on a daily basis. We know a woman who’s on the faculty at a college in Honolulu, but lives here on Maui. She flies from here to Oahu and back three or four days a week.

And the last time something went wrong with our refrigerator, I discovered that the Sears repairman who showed up to fix it lives on Oahu. He said he spends almost 150 days a year coming to Maui in one- and two-week hunks. He catches an early morning flight from Honolulu, spends the day servicing Sears appliances here on Maui, then flies home every evening. Just imagine! When he’s on that detail, the poor S.O.B. goes through airport security 14 times a week!

I’ve finally decided to apply for the TSA Pre✔️, although I’m not sure how much good it will do. Furthermore, the appointment for my interview is almost a month away and no doubt there’s a lag time before the approval comes back. I have a half a dozen domestic and two international flights between the first of July and mid-August, so it will be disappointing, and a waste of 85 bucks, if I don’t get my approval before I leave.

Interestingly, I’m actually beginning to hear more and more comments from people who are considering travel on Amtrak for the first time, specifically because of the unpleasant hassle of airport security and the prospect of longer-than-usual delays. This is old news to those of us who travel by train. We’ve been preaching that for years, haven’t we!