The Quicksilver Eddie Aikau surf contest took place a couple of days ago at Waimea Bay on Oahu. The last time this event was held was 2009 because it’s a prerequisite that the surf has to be big—and by that I mean consistently in excess of 30 feet—or the contest is cancelled and everyone just goes home, even the surfers who have come here from all over the world to participate.

It’s a big disappointment when the event is cancelled, of course, but this year made up for it with waves consistently running between 40 and 50 feet, with occasional sets at 60 feet. 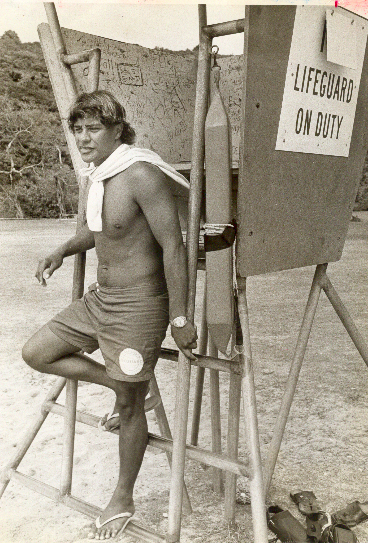 Quicksilver is a large manufacturer of surf and sports apparel and they named this surf meet after Eddie Aikau, who was a city lifeguard and a well-known big wave surfer back in the ‘70s. On days when the surf is up even moderately, dozens of people—almost all tourists—get into serious trouble and are pulled from the water by the City lifeguards. They’re an elite bunch and Eddie was one of the best.

He was lost at sea in 1978 when the Hokulea, a replica of a Polynesian voyaging canoe, was swamped between Maui and Oahu when a bad squall came up during a shake-down sail. Eddie volunteered to paddle on his board miles across the open ocean to get help. The Hokulea and its crew were rescued by other boats. But Eddie Aikau was never found.

That’s the story behind the company honoring Eddie Aikau by adding his name to the name of the event. The Quicksilver is one of the most prestigious surf meets in the world, with the very best of the big wave surfers coming from everywhere to participate.

And it also explains the Quicksilver slogan, which has taken on a life of its own. You see it all over Hawaii—on T-shirts and in print ads and on bumper stickers. It says simply . . .