Where’s Uncle Walter When We Really Need Him?

I dunno. I get terribly discouraged at the current state of journalism in this country. I haven’t seen any numbers, but I’ll bet a six-pack that journalism schools around the country are having serious problems with declining enrollment. Who can be a journalist with all the cutbacks and layoffs?

It’s certainly happening to jobs at the local level. A column from the Nieman Lab says we’re about at the point where one half the number of news men and women are gainfully employed in local news organizations compared to how many were working 25 years ago. And I keep coming across examples of the work product put forth by many in this new generation of journalists that make me crave for a slug of Pepto-Bismol. 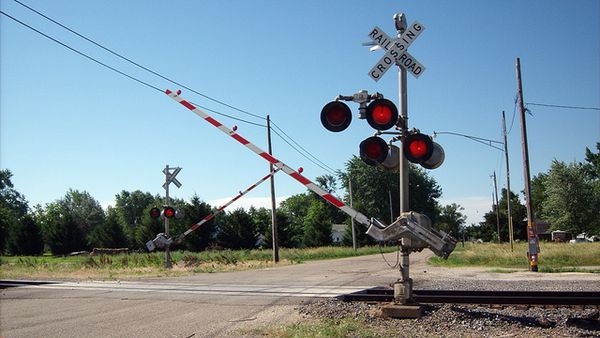 Exhibit A comes from the web site of KMOV, the CBS television affiliate in St. Louis. Here are four sentences culled from one report:

(Crashed? The locomotive clipped the back end of a semi-trailer that drove around the gates. No one was hurt. Not even the truck driver.)

(How many passengers?? It would take more than 20 coaches, all full up, to handle that many people. I demand a recount!)

3- “Amtrak officials said the drop gates and bells were operating at the time of the crash.”

(Drop gates? Has anybody ever heard them called that? I suppose it’s possible, but it’s generally a good idea not to make up names for things.)

4- “Passengers on the train were offered to take a bus [my emphasis] the rest of the way or head back to Chicago.”

(Many of us proof read our copy. It’s another good idea.)

Ah, but I beg to differ. The first sentence is grossly misleading; a key fact (the number of passengers) is wrong, probably by a magnitude of ten; it’s carelessly-thus-badly written; and not proofed at all. My dear mother, who sternly pointed out my grammatical and spelling lapses well into her 90s, would be distressed. As, indeed, we should all be. It bodes ill.

Previous Grades Are In and U.S. Airlines Flunk.
NextSometimes the Twain Do Meet.