To Card or Not To Card, That Is the Question. 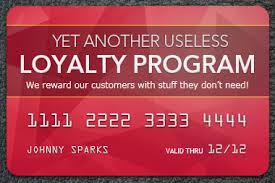 I keep reading articles about how loyalty programs in the travel industry have become rip-offs. But doesn’t that depend on how you use them? I’ve been in the American Airlines Aadvantage program for 25 years and in the Hawaiian Airlines equivalent for almost as long. But I shop for fares and will go with Alaska or Delta if they have a lower fare or if their flight arrives at a more convenient hour.

I do have a credit card that gives me one Aadvantage mile on American for every dollar we charge to the card . . . and my wife and I charge everything. And I mean everything—from our internet connection to the annual car registrations to groceries to a stack of lumber for fence repairs. We pay off the entire balance every month, of course. Obviously, not to do so is to invite disaster.

Do it that way and the miles really add up. I’m flying round trip from Boston to Paris next July using my Aadvantage miles. Yes, I paid an additional fee of a hundred-something dollars, but the total cost would have been almost $2100 if I’d paid cash for the entire round trip.

It is quite true that the rewards aren’t what they used to be. Inflation has affected the number of miles required for a free flight on many of the more popular routes. Hawaii is at the top of that list, of course. For quite a few years, a one-way flight from Maui to Los Angeles would require 17,500 miles. Now it’s 22,500 miles, but with one stop—usually in San Francisco—and with the lay-over there, it’s a total of nine or ten hours. If I want the non-stop five-hour flight—ka-ching!—that’ll be 30,000 miles, please!

Of course I belong to Amtrak’s Guest Rewards program and, as a matter of fact, I’ve cashed in a lot of my reward points and in August I’m traveling from Chicago to Davis, California, on the Zephyr . . . and it’s a freebie.

All the hotel chains have their programs, but I only belong to two: Hilton and Best Western. I have more than enough Hilton points for a free night or two, but I just haven’t cashed them in yet. By the way, there’s one nice little benefit with the Hilton program and you get it from Day One: they waive the daily charge for the in-room Wi-Fi. That’ll save you $12.95 a night.

OK, I’ll concede that it may not be as good a deal as it once was. But what is these days?

Previous A Scary Message from Amtrak.
NextStepping Back in Time to 1945.