Who Comes Up With These Fares??

I know there’s a number-cruncher somewhere who can give you a convoluted reason for pricing every air fare, no matter how counter intuitive it may be, but some don’t make any sense at all. 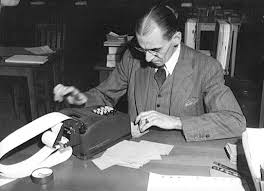 For instance, I’ve been looking for the best fare to get me back to Maui from Los Angeles at the end of a trip I’ll be taking this summer. So I went to the Hawaiian Airlines web site, where I discovered that on the day I want to travel, it will cost me $392 to fly non-stop from Los Angeles to Maui. But for for $267, Hawaiian will put me on a Virgin America flight from L.A. to San Francisco and then back on one of their planes for the flight from San Francisco to Maui. What could possibly be the rationale for that?

Well, says my dear wife matter-of-factly, they can charge more because everyone wants the non-stop flight out of L.A.

Of course they do, says I, but all those people coming out of San Francisco want a non-stop, too. Every flight is a preferred non-stop for somebody! The fact remains, on one of those flights, I’d be filling a seat they could have sold to someone else. And it obviously costs the airlines more to haul me around in the sky for seven-and-a-half hours than it does for just five.

Short flights are the most expensive, almost entirely because of all the fuel it takes to lift several hundred thousand pounds off the ground. A 25-minute inter-island flight on Hawaiian Airlines costs $80 or about $3.20 a minute, from gate-to-gate. Apply that same cost-per-minute to a flight from Maui to Los Angeles and you’ll be paying almost $1000 for your economy seat … one way!

I remember an airline executive telling me once that a wide body jet burns a thousand dollars worth of jet fuel just taxiing from it’s gate to the end of Honolulu’s reef runway where it starts its take-off roll.

Previous Parting Is Such Sweet Sorrow.
NextA New Penn Station May Be Coming.