Prices, Pizzas, Profits and I Blew It.

Price Gouging After Wreck? There have been media reports that the federal government is looking into allegations that, literally within minutes of the recent Amtrak crash in Philadelphia, five major airlines—Delta, American, United, Southwest and JetBlue—increased their fares for travel between Washington and New York or Boston. All five of the airlines have denied it, of course and one airline—I think it was United—said they boarded people who showed up at their gates with Amtrak tickets. I have no idea if these airlines did or didn’t raise fares because of the accident and, furthermore, with the way air fares fluctuate under normal circumstances, I can’t imagine how the government could prove it anyway. 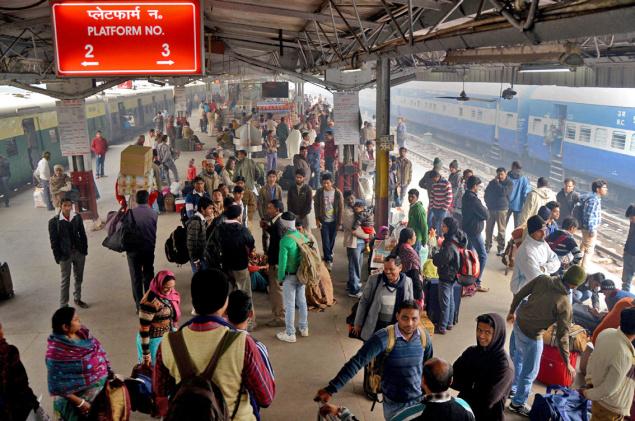 A Large Pepperoni with Extra Curry. You can get a Domino’s Pizza in India. Who knew? In thinking it over, I shouldn’t be surprised—not after seeing Subway sandwich shops in Siberia. But here’s what’s so unusual about Domino’s in India: they deliver … to passengers … on trains. This is one more innovation we can attribute to cell phone communications. From the train, passengers call a Domino’s location in a city up ahead where the train will be stopping. The order is placed and the arrival time and the passenger’s car number is noted. When the pizza comes out of the oven, it’s turned over to a kid on a motor bike who put-puts off to the railway station. When the train arrives, he fights his way through the typical mob scene and delivers the pizza. According to the guy who owns the Domino’s franchise there, of a total of about a thousand pizzas ordered by rail passengers, only four were—to poach a railroad term—misconnects.

Phantom Profits on the NEC. It’s maddening. We keep hearing over and over again that Amtrak’s Northeast Corridor is profitable while the long-distance trains are a deep money pit. You expect that kind of misinformation coming from those who don’t know or don’t want to know, but it also pops up again and again in responsible news media. The NEC shows a “profit” because Amtrak’s accounting system doesn’t include the cost of infrastructure maintenance when generating the financials. That’s why this talk about “privatizing” the Northeast Corridor mostly comes from politicians who know better and editorial writers who should but don’t.

For Want of the Ticket . . . I promised an update on my effort to have my travel insurance pay for the additional expenses I incurred when a demonstration at the entrance to the Chunnel shut down the Eurostar trains for half a day. To my chagrin, I have been unable to find my Eurostar tickets, either the one for the train that had to return to Paris or the one for the train I took the following day. Obviously, Travel Guard will want copies of both. I have a fat envelope full of receipts—including several from a wonderful gelato shop in Siena—no idea what happened to them. I have contacted Eurostar asking for written confirmation and, of course, have had no reply. Truthfully, I don’t blame them. It’s asking a lot.