This is the time of year when high school and college kids are out of school and looking for summer jobs. I grew up in a rural area, so it was really impossible to get work until I turned 16 and got a driver’s license. After that, it was just difficult.


I spent several summers as a counsellor at a kids day camp and spent another summer in the branch transfer facility of a big department store. Merchandise sent from one branch to another went through us. That job was tolerable because it was stress free and the work was mindless … you could think about some of the sales girls during your shifts and try to date them during your breaks.

One of my close friends got a summer job working for a moving and storage company, carrying boxes and crates and furniture in and out of moving vans. He started the job on a Monday and by noon on Tuesday he had decided to go to medical school and become a doctor. He did, too.

In the summer following my first year of college, my father was anxious to get me out of the house and into a job that would generate funds to help underwrite the cost of beer and pizza in Year Two. He prevailed on a close friend, an executive with the Vulcan Radiator Company in Hartford, Connecticut, and without so much as an interview, I was hired. Lucky me. 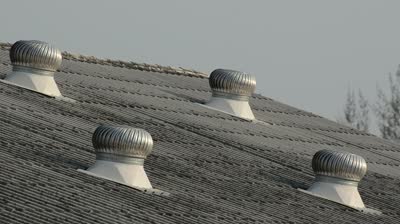 It turned out the job was scraping down and repainting some 200 air vents on the roof of the Vulcan factory. The roof was a series of saw-tooth slopes, so there was no level area on which to stand. It was often 100 degrees and more up there and, adding to my misery, hot air blew out of all those vents. I went home at night thoroughly exhausted … almost too tired to eat dinner.

After the first week on that roof, and dreading the thought of going back to that terrible job on Monday morning, I told my father that the work was killing and I was thinking of quitting.

My dad, always ready with helpful advice, said “Then see if you can get some overtime. You’ll get time-and-half!”

I never put in for overtime, but I stuck it out for the rest of the summer. I think my dad liked that.