More Than a Place to Lay Your Head.

Did I already mention here that I stayed at the Palmer House in Chicago on my last trip? Probably. My memory is not what it used to be. Heck, a couple of days ago I realized to my chagrin that I recently posted something about my wife growing coffee …  and then ran the same damn thing again two days later.

Anyway, I’ve often said that it’s not about the destination; it’s about the journey. And the journey includes the overnight accommodations. Unless I get into a city late at night and have to leave early the next morning, I try to pick a hotel that has some character … and character comes with age. Interestingly, often these wonderful old hotels are not the most expensive. In fact, “class” often has very little to do with cost.

I just booked the Palmer House for a trip in June. It falls into the “classy” category and it’s where I shall stay from now on whenever I’m overnighting in Chicago. It’s an old hotel—the first guests were welcomed in 1873—but it’s a Hilton property and beautifully maintained. 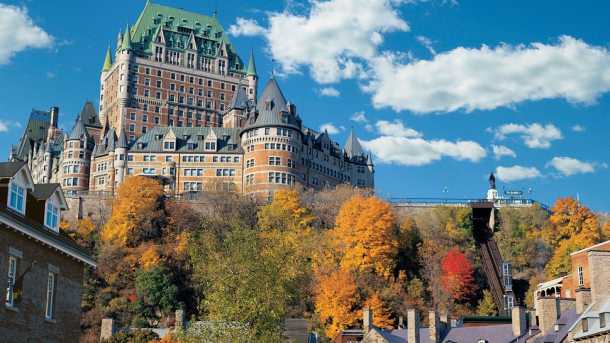 Le Chateau Frontenac in Quebec City dominates that marvelous city’s old quarter from a cliff overlooking the St. Lawrence River. It’s another jewel. The Fort Garry Hotel in Winnipeg is certainly worth a mention. It’s within an easy walk from the railway station and their incredible Sunday brunch is almost worth the trip itself. And I suppose it would be the Mark Hopkins in San Francisco, although I confess I’ve never stayed there. In Portland, Oregon, it’s the Benson Hotel, which dates back to 1913. I’ve been a guest there several times and it’s a real treat. 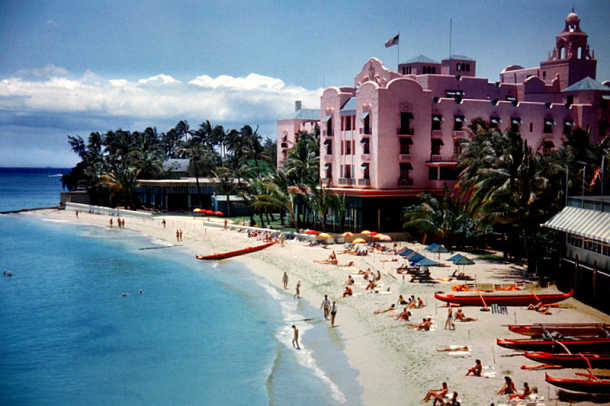 In Honolulu, it’s the Royal Hawaiian Hotel, known to the locals as “The Pink Palace.” Some years ago, there was a rumor going around that Sheraton was considering a different color scheme for the hotel and it caused an uproar. The Royal opened its doors to the first guests in 1927 and has been pink and the class of Waikiki ever since.

For months after the attack on Pearl Harbor, there was serious concern that a Japanese invasion was imminent and barbed wire was strung along the beach in front of the hotel. Throughout the war, the Navy billeted its submarine crews in the Royal and I’d guess there was a tad less decorum in the dining room and bar during that time. There are other Waikiki hotels that are fancier and more luxurious, but none have the class, let alone the history, of the Royal Hawaiian Hotel. Many years back, my wife and I spent our wedding night at the Royal and we still have the small ceramic bud vase that was in our room, a very thoughtful memento provided by the hotel’s general manager. It’s pink, of course.

Previous Riding in Style, Feeling Like Royalty.
NextIndiana Pulls the Trigger on the Hoosier State.