Who Can You Trust? Almost No One.

I think we all knew, or at least suspected, that some of the reviews are fakes. If one of us owned a restaurant or managed a hotel, wouldn’t we be tempted to salt the proverbial mine with a few reviews praising our establishment?

That may not be ethical, but at least it’s understandable. But I’m sure there’s also the temptation to fabricate negative reviews about the main competition. Imagine how much damage a fake review could do if the phony guest claimed to have found bedbugs in the mattress or a cockroach in a Cobb salad. 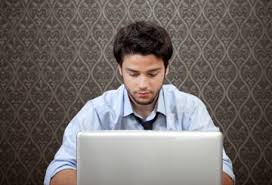 I’ve always thought that I could spot most of the fake reviews, both good and bad. But after seeing the PBS report, I’m not so sure. It turns out—believe it or not—there are professional review writers churning out reviews—some good, some bad, but all fake. And they get paid for it. One young man—his face blurred to protect his identity—said he is hired by restaurants and hotels, and is paid $8.00 for each fake review he writes that gets published.

Meanwhile, the websites—TripAdvisor, Yelp, Expedia, et al—all have their own army of people attempting to verify reviews that have been identified as suspect by each company’s proprietary software.

A spokesperson for Yelp said that it would probably be a good idea simply to throw out all the five-star and all the one-star reviews. He said the ones to believe will praise the hotel generally, but point out a relatively inconsequential failing—a broken tile in the bathroom, for instance.

Recently, I’ve noticed that some web sites, especially those selling tangible products such as kitchen appliances or cameras or cappuccino machines, are starting to add a notation verifying that the reviewer actually did purchase that product. That, too, could be faked, of course, but it would at least require the complicity of the web site itself.

I think I also tend to put a little more stock in reviews submitted by people who use their real names and are from places like Bonedry, Texas.

In other words, it’s a crapshoot.

Previous There’s a Lot to Inspire You in Tahiti.
NextBeating the System, But just Barely.