Never A Dull Moment in the Agency Business.

Back in the mid-1980s, I joined forces with a young art director in Honolulu and we formed a small advertising agency. Essentially, I was words; he was pictures. As with most new agencies, we had to put together a roster of small clients and, to be honest, some of them were a little — shall I say — unusual? 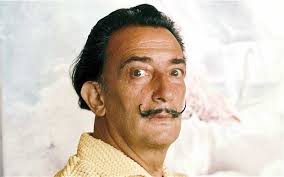 One was an art gallery in Waikiki that specialized in peddling bad art by otherwise famous people. Actor Anthony Quinn was one. Comedian Red Skelton was another. Then the gallery began offering “limited edition original prints” by Salvador Dali. They sold like hotcakes. Fortunately, my partner had become convinced that the gallery wasn’t on the up-and-up and we resigned the account. Six months later, they were busted. The Dali prints were fakes and the gallery owner ended up in jail.

Another client, a local Chinese family, asked us to design a new logo for a small shopping center they owned. We came up with three designs and I presented them, mounted on easels, to the three brothers and two sisters at a meeting in the family compound. Of course they couldn’t agree and were fighting amongst themselves within minutes, two of the brothers almost coming to blows.

After an hour or so, the oldest brother, the titular head of the family, called a halt and said. “Let’s see what mother thinks.” He went through a swinging door into the kitchen, and returned with an ancient Chinese lady, who tottered across the room, staring intently at our three designs. After at least a full minute of complete silence, she raised her head and said, in a quavering voice, “Why can’t they be red and yellow?” (I don’t know … maybe you had to be there.) 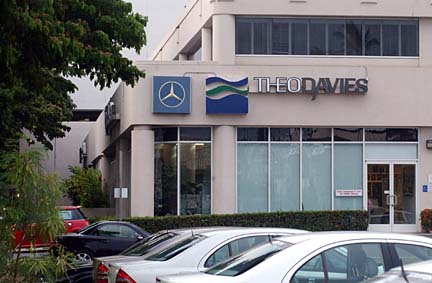 As the agency grew, we began to attract larger and more prestigious clients, including a small local bank. I suggested a promotion to our banker-client that was quite innovative at the time: would the bank offer six-year financing to people who purchased a new Mercedes-Benz? The bank liked it and I pitched the idea to the general manager of the Mercedes dealership. He, too, was delighted and invited the banker and me to come by the next day to see the brand new model that had just come in, following which we would all go to lunch to celebrate this new relationship.

The next day, the GM led us into the showroom and enthusiastically began explaining all the features of a big black Mercedes sedan. He beckoned us around to the front of the car and proudly pointed to the latest example of German innovation: each of the headlights had its own miniature windshield wiper.

“What do you think?” he asked proudly.

Somehow—don’t ask me how after that start—we all became friends. The dealership sold lots of expensive cars, the bank financed about half of them, and our agency landed the Mercedes dealer as a client.

I still miss the advertising business—mostly going to work every day with smart, creative young people. The clients? Not so much.