Jim Loomis November 10, 2014 Hawaii 0 Comment
Well, not yet. Not all of it, anyway. But the little village on the east side of the Big Island of Hawaii is certainly threatened and, in fact, the first home was lost to the creeping lava today. 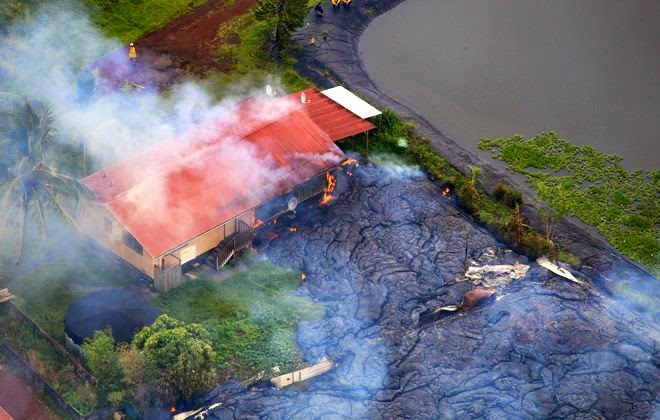 Over the past day or so, the flow slowed and even stopped briefly. But it has resumed, as everyone knew it would, oozing into the crawl space under this simple home and igniting the wooden posts supporting the structure. According to news reports, it was gone in 45 minutes. 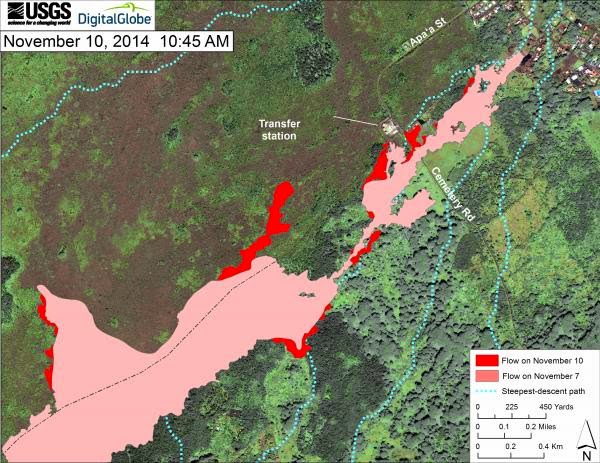 The overlay on this aerial view indicates the lava’s movement over the past three days, the lighter shade of red indicating where the flow paused on November 7; the darker red showing where it had extended by mid-morning today, the 10th. That’s the town of Pahoa, just visible in the upper right corner. 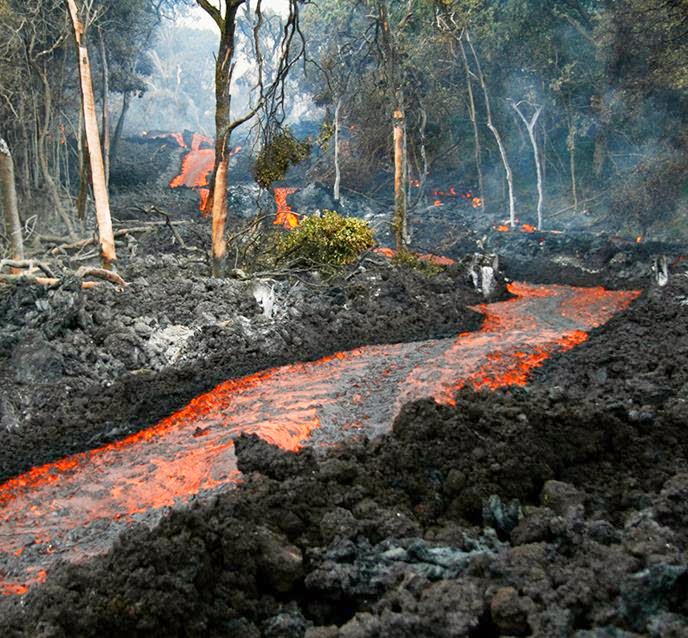 Friends on the Big Island say that everyone is calm and people who are apparently in the path of the lava are beginning to gather their things and make plans for where they will go. What they will do is another issue altogether.

Previous Grumblings, Rumblings and Bumblings.
NextThere Are No Inter-Island Trains in Hawaii.