“Double the Frequency; Triple the Ridership.”

Jim Loomis November 02, 2014 Amtrak, Long-Distance Trains 2 Comments
I’ve mentioned this old railroad adage here on several occasions. It may seem too pat or an exaggeration, and certainly a lot depends on where the doubling of service occurs and what population centers are involved. But is it true? 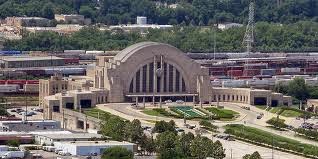 OK, take Cincinnati, for example. There are almost 2.25 million people in the metropolitan area, making it the 28th largest city in the country. It’s 100 miles to Ohio’s state capital in Columbus and 300 miles to Chicago.  Obviously, this major American city, with the incredibly beautiful Cincinnati Union Terminal (above), must have regular and frequent rail service.

Not hardly. The only passenger train serving Cincinnati is Amtrak’s Cardinal and it operates just three days a week. But it gets worse. The westbound Cardinal arrives in Cincinnati at 1:15 a.m. You think that’s bad? The eastbound train shows up at 3:15 in the morning! 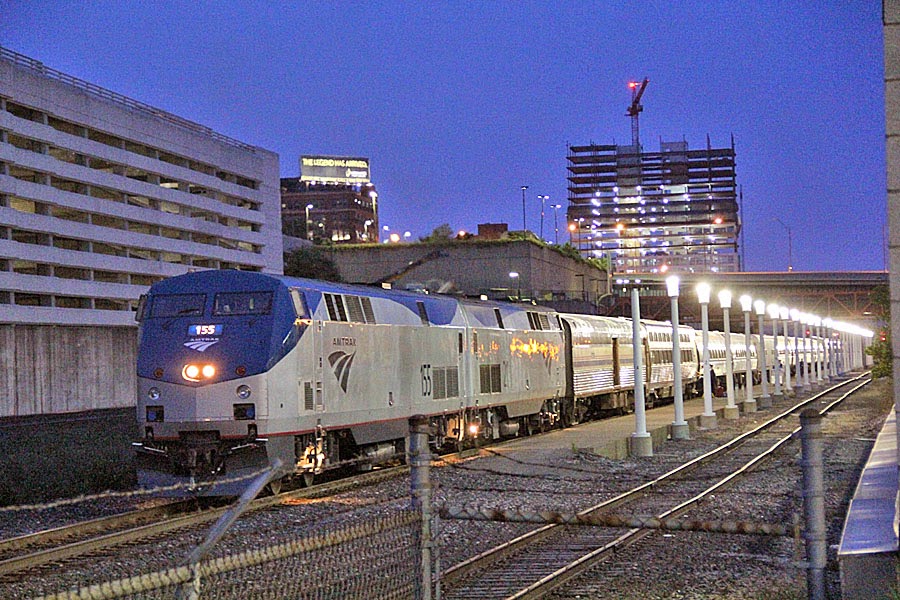 OK, let’s consider Cleveland. It’s also a big Ohio city, with more than two million people in the metro area. Cleveland gets two trains a day. Whoopee! That’s the Lake Shore Limited in this photo, ready to depart Cleveland. It will take you to Chicago, but you’ll have to board at 3:30 in the morning. If you’re heading in the opposite direction, to New York City, the schedule is a little better: the eastbound Lake Shore gets to Cleveland at 5:30 a.m.
But wait! Cleveland is also a stop for the Capitol Limited. Maybe it offers a more convenient schedule. Aw, shucks! The eastbound train stops in Cleveland at a quarter of two in the morning; the westbound arrives at 2:53 a.m. Well, I guess that’s what you get if you live halfway between Chicago and Washington.
So here we have two major urban centers with the only passenger trains coming and going in the wee hours and, in the case of Cincinnati, just three days a week. And there are other examples:
– The eastbound California Zephyr stops in Salt Lake City at           3:00 a.m.
– On it’s way from Chicago to Seattle, the Empire Builder                 gets to Spokane at 3:10 a.m.
– The Southwest Chief is scheduled into Wichita at around              3:00 a.m. in both directions!
– And the westbound Sunset Limited stops in Palm Springs,            California, at 2:00 a.m.
The amazing thing is that there are always people boarding the trains at all those stations. Just imagine how many more would opt to travel by rail if the trains came and went at a convenient hour. What if — in Cincinnati, for example — there was a train leaving for Chicago at seven o’clock every morning. Double the frequency; triple the ridership? At least!

Previous A Little of This and a Little of That … To Get Us Through the Weekend.
NextThe Hindenburg was HOW big??