A Few Bits and Pieces: San Diego to Chicago

Jim Loomis April 26, 2014 Amtrak, Long-Distance Trains 1 Comment
When they say, “World-Famous San Diego Zoo”, they ain’t kidding! My daughter had arranged for a kind of insiders tour and it included a close look at a number of very special animals. 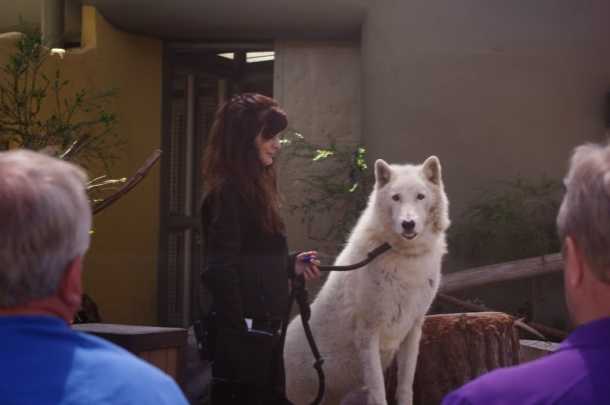 For instance, an Arctic Wolf. This gy would look around placidly, then — quite sudden,y — would go almost rigid and state laser-like at someone. I was on the receiving end of one of those stares and it sent a cold chill up my back. This guy is beautiful, but he is not your friend. 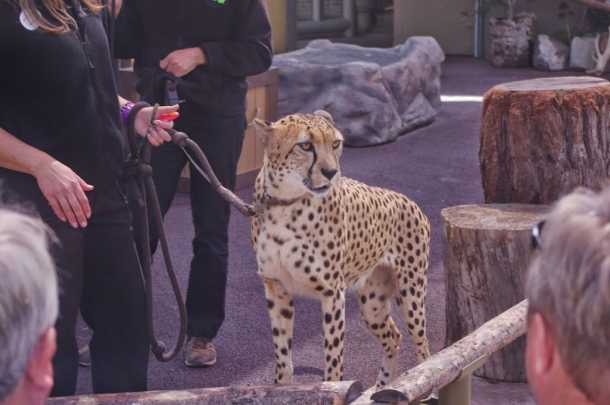 A cheetah. Also beautiful. And, so help me, when he mews he sounds just like an ordinary house cat. 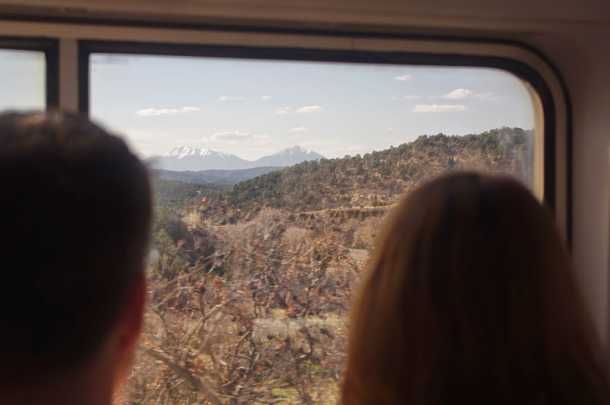 Aboard the Southwest Chief in Colorado. According to the conductor, that’s Pike’s Peak in the far distance. 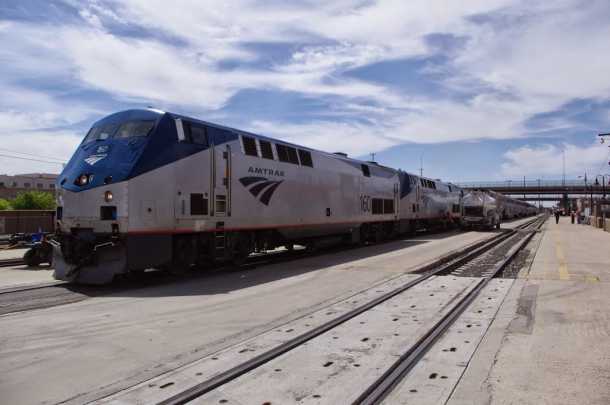 The Chief in Albuquerque, getting fuel, water and windows washed. (And, yes, the photo is out of sequence.) 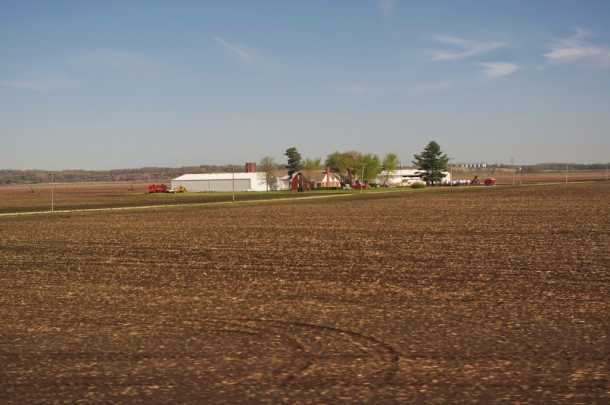 We’ve crossed the Mississippi and are in the Illinois farm belt. A few months from now, this field will either by soy beans or corn. 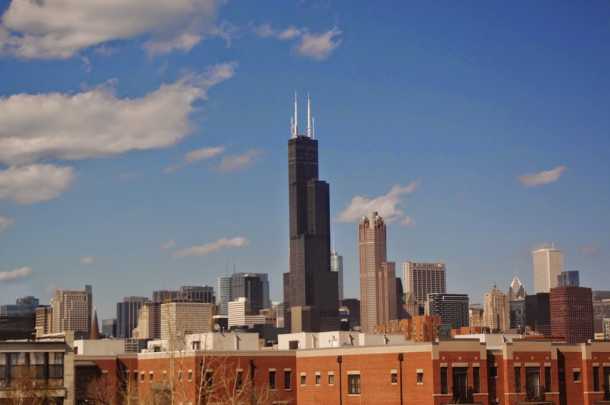 There’s no mistaking the Chicago Skyline and, with an acknowledgment to the Willis folks, in my mind, this will always be the Sears Tower.

Previous Los Angeles to San Diego By Way of a 4-Ton Behemoth.
NextA Few More Random Observations After Crossing the Country on Amtrak.