Jim Loomis October 22, 2013 Baseball, Special People 0 Comment
The World Series opens tomorrow night in Boston’s 101-year old Fenway Park and — although one never knows when it comes to this incredible game — it has every sign of being a wonderful series. Both the Red Sox and the Cardinals have rich histories and the two teams have faced each other in World Series competition before, notably when the Cardinals won in 1946 and in 1967, and in 2004 when the Sox won, ending an 86 year drought. 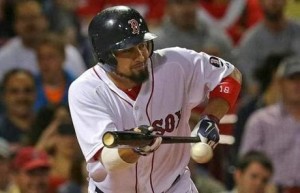 Here in Hawaii, there’s extra interest in the series this year because two local kids are in it. Not only that, but Shane Victorino, who has had an outstanding year for the Red Sox, is from the Island of Maui, which is where I live. Known as The Flyin’ Hawaiian, Shane hit a bases-loaded homer that won Game 6 of the playoff series with the Detroit Tigers, the win that put the Sox in the World Series. 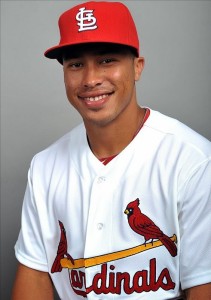 And, on the Cardinal roster is Kolten Wong, also a local kid. He played high school ball at Kamehameha School and was a stand-out for the University of Hawaii baseball team. It’s hard to predict how much action Wong will see in the World Series because he was only called up from the minor leagues to the Cardinals a matter of a few weeks ago. No matter. Just to be on Cardinal roster at this point has to be a thrill for the young man.

Baseball is an endlessly fascinating game and the more you know about it, the more you realize how much more there is to know. I remember Bob Fontaine, former General Manager of the San Diego Padres, saying, “If you go to a baseball game and don’t see something you never saw before, you just weren’t paying attention.”

He got that right.