Return from France and a 50 Year Old Tribute 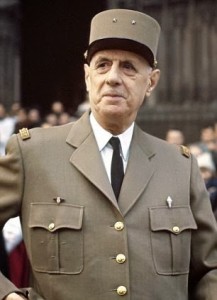 The eight hour flight from Paris to New York was uneventful and passed rather easily. We took off in a light rain and climbed through fog and low clouds, but soon popped through into bright sun.  From then on it was a nice smooth flight and we actually arrived 30 minutes ahead of schedule. It was on our descent over Long Island that I was struck by what was for me an interesting symbolism.

It will be 50 years ago next month, but I clearly remember the assassination of John F. Kennedy … still by far the worst day of my life. At the time, we felt compelled to watch it all — hours and hours of video broadcast on the local television stations — as though it was our duty to do so.

One of the most vivid memories in my mind’s-eye is of General Charles DeGaulle, the president of France, marching in the funeral procession down the middle of Pennsylvania Avenue to the Capitol rotunda where Kennedy would lie in state. DeGaulle was seventy-three at the time, ramrod straight, in full uniform. He marched the entire length of the procession. And he marched alone.

And herewith I immodestly report a very modest milestone: This is Post Number 1000 for this blog. Hard to believe.

Previous European Hotels Are Like a Box of Chocolates …
NextBest Overnight Trains – Deutsche Bahn or Amtrak?