Stopping and Starting Trains – A Science and an Art

From my very first train trip – I was about nine years old and headed to Florida to visit my grandparents – I’ve loved traveling by train. I’ve also been fascinated by the details of train travel, starting with … well … the starting and the stopping of those huge machines.

Being able to stop a train that’s moving at high speed and with tremendous momentum was a big issue from the get-go. The first trains were slowed and stopped by brakemen, literally riding on top of the rail cars, manually turning cranks that pressed brake shoes against the wheels. Clearly, it was a very dangerous job and the sad fact is that literally hundreds of these men were killed every year.

A real breakthrough occurred when the railroads began using compressed air to apply the brakes against the wheels. That worked fine … until there was a loss of air pressure. Then – oops! – no brakes at all. Very unpleasant consequences usually followed. 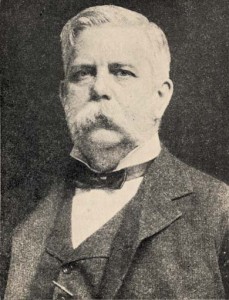 It was George Westinghouse who got the bright idea to simply reverse the process – using compressed air to keep the brake shoes off the wheels. Then, should air pressure be lost for some reason, brakes would automatically be applied and the train would stop safely. Certainly seems obvious today … with 20/20 hindsight.

But what about starting a train … especially a long fully-loaded freight train that can weigh more than 10,000 tons? Theoretically, it’s just not possible for a locomotive to move all that weight. It does, though, and the secret is in the coupling mechanisms between all those freight cars. 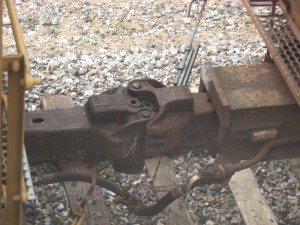 There’s roughly a foot of slack between each car in the train. When he wants to start his train moving, the freight engineer first gets rid of all the slack by backing up enough to compress the entire train. Then, when he starts the locomotive moving forward, the slack is gradually taken up and the train starts moving literally one car at a time. Once all the cars are moving, the locomotive can keep them rolling, even speed up and slow down. But it was the slack that got them all started.

Now comes the shameless plug: Lots of information like this — along with a great deal about Amtrak, VIA Rail and train travel throughout the U.S., Canada and Mexico — is contained in the 3rd edtion of my book, All Aboard-The Complete North American Train Travel Guide. If you enjoy train travel, I really think you will like the book. (End of commercial!)

Previous Inconsiderate Yahoos and Their Carry-On Bags.
NextThinking about Amtrak and Irony and Ideology