China Says ‘All Aboard’ to High-Speed Trains

I’ve frequently written about the many countries around the world that have put a high priority on building high-speed rail. Over the past decade, for instance, the Spanish have linked most of their major cities with their AVE trains. And of course the French TGV system has been the gold standard for years. 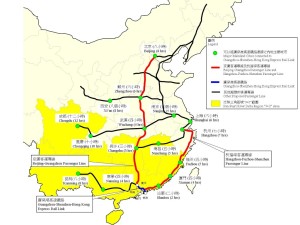 But when it comes to making high-speed rail service a priority, no one anywhere can match China, where a system of high-speed trains will soon extend to some 10,000 kilometers.

The Chinese will open their latest segment around the middle of June and it will link Beijing with Shanghai. That distance — a bit over 800 miles — will be covered in something like 4 ½ hours. One of the trains ran at 300 miles-per-hour on a test run recently, although speeds on the Beijing-to-Shanghai run are expected to top out at 200 mph for the near future. 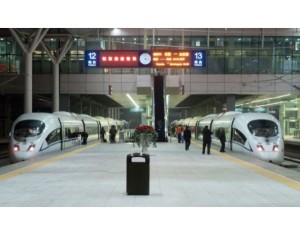 I have a special interest in this particular train because it will be the final link in the European-Asian rail journey I have planned for next August. I’ll also be experiencing what is still the only magnetic levitation (maglev) train in regular passenger service; it links downtown Shanghai with that city’s international airport.I won’t go into my usual litany of reasons why this country should look at and learn from what rest of the world already knows about high-speed trains, but I will certainly be posting accounts of those experiences. Wouldn’t it be nice if the knee jerk nay-sayers and conservative ideologues could join me and see these modern rail systems for themselves?

Previous Overnight Train Travel: the Civilized Way to Go
NextA New Law Is Signed … and Sealed With a Kiss.