Traveling Around the World … by Train!

I’m in the final stages of planning what can legitimately be called a once-in-a-lifetime trip, built around a private train from Moscow, through Mongolia, to Beijing. I’ll spend a few days in Beijing, then take the train to Shanghai, flying home from there.

But first I’ll fly from here to London and take the train from there to St. Petersburg, with a two-night stop in Berlin. Then to Moscow for the special train that will take a leisurely 12 days en route to Beijing, including stops to allow some sightseeing at Irkutsk in Siberia and Ulan Bator, the capital of Mongolia.

I had seriously thought about starting out on the West Coast, taking Amtrak across the country and flying to London from Boston to be able to claim that I had literally traveled around the world (at least across all of the land masses) by train. Alas, I really can’t afford the extra several days that would require and, besides, I have made the trip across North America – both on Amtrak across the US and by VIA Rail across Canada – more than once. I’ll still be able to say I’ve traveled the around-the-world by train, but with an asterisk.

I’ll write more about this as plans are firmed up, but there are two rail-related items worth talking about now. 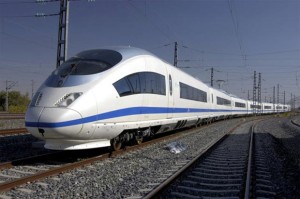 First, the Chinese government has announced that their new high-speed rail link between Beijing and Shanghai will open in June, several months ahead of schedule. I was planning to take an overnight train on that segment, but am switching to the fast train, which will not only give me (and then you) a look at that train, but will also mean an extra half day to see something of Shanghai. 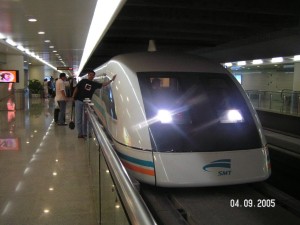 Second – and I have written about this before – the Chinese are now operating the only regularly scheduled maglev train in the world, which runs from downtown Shanghai to Pudong airport. Of course, I won’t pass up that opportunity.

Previous NARP has the FACTS about high-speed rail.
NextAmtrak – Once Again a Target of Conservatives