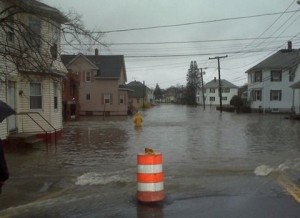 Service Interrupted. As of today — and it would appear for at least several more days — Amtrak service through Rhode Island has been suspended because of severe flooding that has hit that state. Trains affected include those running between New Haven, Connecticut, and Boston and from New York City to Boston. 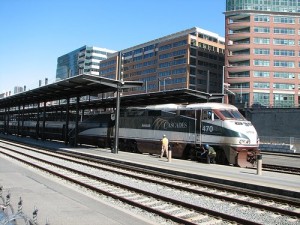 And Service Extended. Amtrak has long been providing service between Seattle and Vancouver, British Columbia, but it’s been limited to one train a day, plus several buses. That meant spending extra time in either city to catch the next day’s train – certainly not a hardship! – or opting for a four-hour bus ride. However, timed to coincide with the Winter Olympics, Amtrak added a second daily round-trip and it has proven to be very popular … so much so that the second train will be kept on the schedule at least through September. Both of these daily trains are part of Amtrak’s Cascades service. 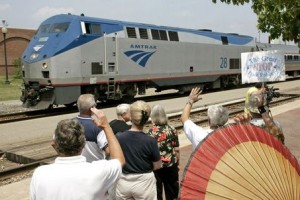 Celebrations Planned. Saturday, May 8th, has been designated National Train Day and, if I recall correctly, this will be the 3rd annual such event. Amtrak is planning major events for that day in four major gateway cities: Washington, Philadelphia, Chicago and Los Angeles. But other celebrations are scheduled for something like 150 other locations around the country. To find out if there’s an event near you, go to the National Train Day web site … and keep checking, because new events are being added every day.

Previous A Perfect Idea: Taking Amtrak To a National Park
NextRUNAWAY TRAIN! RUN FOR YOUR LIFE!!