So Many Trains, So Little Time!

I have a list of long-distance trains that I want to ride. I expect that I’ll get the chance to try some of them but, unfortunately, several of the best, and the best-known, are very, very pricey. At the top of that list is the famous Trans-Siberian Express, operating between Moscow and Vladivostok. 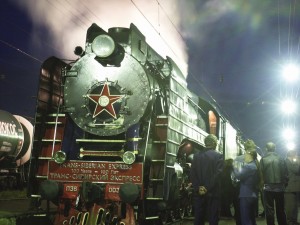 Actually, there are two versions of this train now. The original, a seven-day journey, still operates and is for the common folk. The fares are quite reasonable but, as I understand it, the top-of-the-line sleeping car accommodation is a compartment with four bunks … and you have no idea who your roommates will be.

There is also a luxury version of that train now. The train itself is beautiful, the food is fabulous (how this for a dining car!) … 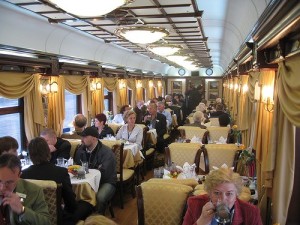 Also on my list, and far more feasible, are the two famous Australian trains, the Indian Pacific which crosses the continent east-west between Sydney and Perth … 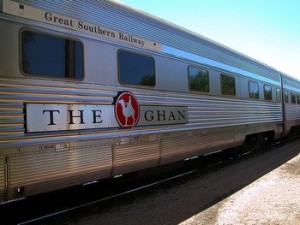 … and the Ghan, which runs north-south between Darwin and Adelaide. These two trains are operated by Great Southern Railway, which has just introduced their own luxury train, the Southern Spirit. Wow! Check that out!

There are quite a few others, like the Blue Train in South Africa, the Grand Luxe that offers several itineraries in this country, and the Sierra Madre Express, which runs through the Copper Canyon in Mexico. (I’ve taken that trip and will write about it soon.) 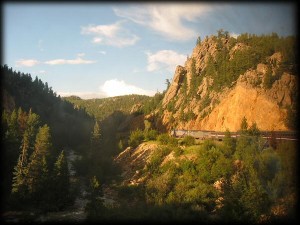 These are all great train rides. Some cost an arm and a leg, others are in a middle range and some, like Amtrak’s California Zephyr (photo above, running daily between Chicago and the Bay Area) or VIA Rail’s Canadian (three times a week between Toronto and Vancouver), offer extraordinary scenery at ordinary prices.

But whatever the train and wherever you go, remember: it’s not the destination, it’s the journey.

Previous Around the U.S. By Train – Part 14
NextWe Have Met the Enemy and He Is Us.