I’m Off on a Mainland Trip … and Three Train Rides

Later today, I’m leaving Maui on a trip to Washington, DC, for a meeting of the board of directors for NARP (the National Association of Railroad Passengers). This will be my first meeting and I’m looking forward to hobnobbing with a group of people who know a great deal about every aspect of rail travel.

I’ll be flying directly to Washington, but have three separate train links getting me from there back to the West Coast. The first will be particularly interesting because it’ll be aboard one of two private rail cars attached to Amtrak’s Capital Limited en route overnight from Washington to Chicago. 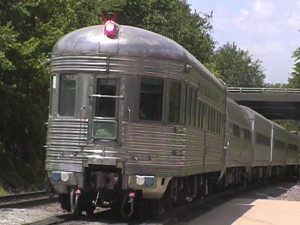 One, pictured above, is the Royal Street. This classic beauty was built in 1950 and includes five bedrooms, a buffet and a lounge-observation area. I’ll have a number of other NARP members and directors keeping me company as we travel back to Chicago in style. 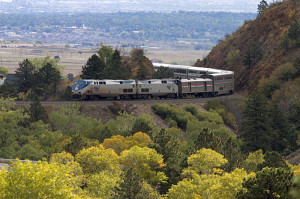 The second rail leg will be on the California Zephyr, shown here climbing into the Rockies about 45 minutes out of Denver. That will be a two-night trip from Chicago to Davis, California. After spending a night in Davis, I’ll pick up the southbound Coast Starlight for my return to Los Angeles and a flight back home to Maui.

I’m not sure how often I’ll be able to post something here while I’m away, but will do the best I can. Count on a full report upon my return, including photos taken during all three train rides.

Previous This Kid Gets It. (And Writes Well, Too!)
NextFirst Leg Completed