Q: We live close to Sacramnto and I’ve promised to take my family on a cross country train ride. Which ones do you recommend? And would it b a good idea to make it a round trip? Or would one way be better idea until we see if everyone enjoys it. There will be four of us: my wife and me and our two boys, ages 8 and four. 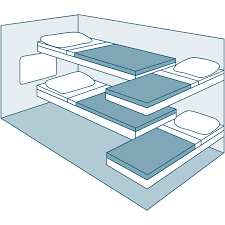 A: First, your instinct is right: I would make it a one way train ride for this first one, just to be sure that everyone enjoys the experience. As to which trip, the best bet would be the California Zephyr since you’re in Sacramento which is one of the early stops on the train’s eastward route. And it’s Amtrak’s most scenic train in my opinion.

In terms of accommodations, depending on how tall two boys are, the Family Bedroom sounds like hot would work because it has four berths. Two are standard size for adults; the other two are shorter—one is 4’ 7” and the other is 4’ 9”. berths. Hopefully they will be big enough for your two boys. There is a sink, but no toilet, Another pluses: the Family Bedroom runs the entire width of the car which means you’ll have a window on both sides of the train. An alternative would be putting the two kids in their own roomette. Compare costs between the two alternatives; ie: one Family Bedroom vs, two roomettes.

Q: I’m going to take my very first Amtrak ride next month from my home in New Jersey to relatives in Winter Park, Florida. I see there are two trains I can take, the Silver Star and the Silver Meteor. Do you have a preference?

A: I do, indeed! By all means, take the Silver Meteor. I have a couple of reasons for that recommendation. First, because that train has a full service dining car and the Silver Star does not. Since this is your first long-distance train ride, you should make a point of sampling the whole experience and that should include a few meals in the dining car. Standing in line to order a microwaved dinner cannot compare with having a three course meal served at a table in a dining car and a stimulating conversation with other passengers.

The Meteor costs more than the Star because three dining car meals are included in your fare. On the Star you have to pay extra from your microwaved meals—a lunch, a dinner, and breakfast Have a great trip!