Most people have no idea that there is a rich tradition of ranching here in Hawaii . . . ranching and everything that goes with it: roping and riding and cattle and horses and, most especially, cowboys. In fact—here’s a can’t-lose bar bet for you—there were working cowboys in Hawaii several decades before there were any cowboys in Texas.

It all started in 1793, when Captain George Vancouver, the British explorer, brought five head of cattle to Hawaii as a gift to King Kamehameha I. The Hawaiians had never seen an animal that big before and of course had no idea how to control or care for them. So the big beasts went wild and fifty years later, having done what they do, the cattle had become a huge problem. Estimates are there were some 25,000 of them roaming wild all over the Island of Hawaii.

Kamehameha III was king from 1825 to 1854 and in the early part of his reign, somewhere in the 1830s, he brought in stockmen from Australia and vaqueros from Mexico to teach the Hawaiians how to handle those great huge beasts. (Incidentally, the Mexicans showed up with their guitars and that was the beginning of Hawaiian music.) 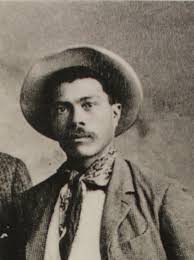 By the turn of the century, the wild cattle had been rounded up and there were ranches on all the islands, run by cowboys who knew their stuff. In 1908, three of the cocky ones went off to the mainland and entered the competition at the big annual rodeo in Cheyenne, Wyoming. Twelve thousand spectators saw the three Hawaiians—Ikua Purdy, Eben Low, and Archie Kaaua—perform in the steer roping competition. Newspaper reports at the time noted that, in the ranching tradition of the Islands, the three Hawaiians all had flower lei adorning their traditional broad brimmed hats. I suppose folks in Wyoming thought that was funny . . . up until Ikua Purdy won it all and became the World Steer Roping Champion for 1908. Imua!

There are still ranches on all the islands here, and the Hawaiian paniolo—that’s Hawaiian for “cowboy”—are still working cattle. I’ve always been struck by the faces of these guys—weatherbeaten, rugged, and a mixture of all the races that have settled here. An afternoon ride, in the middle of a sea of green grass that slopes down to the blue Pacific 3,000 feet below is an experience to treasure. The local expression nails it: Lucky we live Hawaii!