Government Should Just Butt Out!

Yeah, sure … NARP is happy with a lot of what’s in the so-called FAST Act, the Fixing America’s Surface Transportation Act, the bill that’s just come out of conference committee. There’s more money for Amtrak and it’s a five-year commitment … both good and both important, assuming it’s approved by both houses and eventually becomes law.

But there is a fundamental problem that isn’t going away. It is, in fact, getting worse. It’s Congress telling Amtrak how it should be conducting its business.

No, wait … it’s much worse than that: It’s government actually passing laws requiring the railroad to adopt certain policies that are not necessarily in the best interest of the railroad or of its passengers. And it’s Congress passing a law that requires Amtrak to reduce its expenses, then passing another law that increases Amtrak’s operating costs, thus making it even more difficult for Amtrak to meet the goal set by the first law!

Case in point: Republican Congressman Jeff Denham of California, who tacked an amendment onto a funding bill last year that requires Amtrak to allow passengers to bring their pets on board. What prompted this new law? Congressman Denham wanted to take a short train ride and found he couldn’t bring his pet bulldog along. So he got a law passed that says he can! 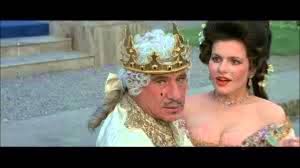 (This does bring to mind Mel Brook’s line in A History of the World-Part I: “It’s good to be the king!”)

The new law also mandates that within five years Amtrak must eliminate operating losses associated with its food and beverage service. At the same time, this very same law requires Amtrak to initiate a pilot project to serve local foods and beverages aboard certain trains. Great idea! But what if it increases food service losses, putting this Congressional mandate in conflict with the stop-losing-money mandate?

Personally, I find it amazing that these people—stalwart champions of private enterprise, one and all—don’t see the fundamental flaw in all this: running a national passenger rail network over tracks you don’t own is hard enough without politicians stepping in once every year and telling you what your budget is and micromanaging your business.

It’s no way to run a railroad.