Life in a modern, industrialized society is complicated and it’s often the case that solutions to one problem just create different problems. Case in point: In 1997, Congress put a $200 million liability cap on awards resulting from a railroad accident. The idea was to protect passenger railroads, whether Amtrak or a commuter line, from going broke as the result of claims resulting from an accident. 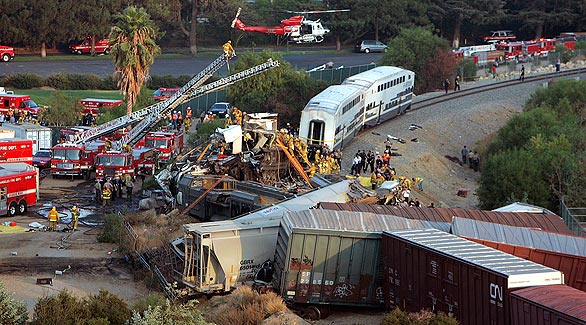 Well, OK … I understand the rationale. Makes sense. But do you remember the wreck of a Metrolink commuter train near Los Angeles back in 2008? Some 25 people were killed and a whole bunch injured. Comes now the judge who has the responsibility for deciding which people get how much. And there’s isn’t nearly enough money. Nevertheless, he has to decide and no matter how desperate the need, how deserving the claim, thanks to the 1997 law, he can’t award a TOTAL of more than $200 million. The judge describes his dilemma as having to make “a Sophie’s Choice” more than a hundred times.

Do we, as a society, care? Is it OK with us that someone—injured badly while riding on public transportation—will go bankrupt trying to pay for the care and treatment he or she now requires as a result of that accident?

Senator Bill Nelson (D-Florida) has introduced a bill that would raise the liability cap from $200 million to $500 million per accident. Good for him. That makes sense. It will help ensure that Amtrak, for example, will not go broke as a result of the hundreds of lawsuits and claims resulting from some future accident.

But in a classic example of unintended consequences, if Senator Nelson’s bill actually becomes law, Amtrak, Metrolink, MetroNorth and every other railroad that carries passengers—even tourist trains, I would guess—will see the premiums for their insurance policies at least double and probably triple in cost.

It seems to me that the bottom line must be that the victims of these accidents—few and far between though they may be—have to be adequately compensated, to the extent possible. But we need also to find a way of covering the added burden this would put on the railroads, almost all of which are already operating with losses that are subsidized by taxpayers.

There are really only two considerations. First, these people are all innocent victims. And second, they were killed or injured while on public transportation.

“We haven’t got the money” is just selfish B.S. Unfortunately, we’ve gotten very good at that.