Included on the panel were former Pennsylvania governor Ed Rendell; Ed Hamberger, President of the Association of American Railroads; and Jim Mathews, president and CEO of the National Association of Railroad Passengers. 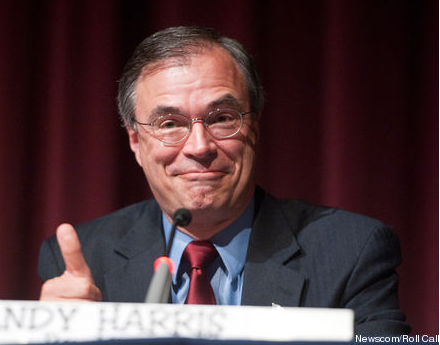 And then there was Congressman Andy Harris, a Republican from Maryland, who is a member of the House Appropriations Committee. Less than 24 hours after the awful crash in Philadelphia, it was this esteemed body that cut Amtrak’s funding by some $260 million dollars. The vote was strictly along party lines: all 30 Republicans voting for the cuts; all 21 Democrats voting against.

Outside of the fact that the committee’s action was a perfect example of partisan ideology getting in the way of practical necessity, I was stunned by a parting comment tossed off by Congressman Harris on the radio broadcast, thus illustrating a mentality that has no place in government at any level and from either party.

Congressman Harris began an exchange by making the absolutely erroneous statement that people across the U.S. don’t need Amtrak because they have access to bus and air options for long-distanced travel. The reality, of course, is that bus companies such as Greyhound have stopped serving much of small town America and airlines have eliminated flights to hundreds of small airports all over the west and Midwest. (Ironically, many of the remaining flights are heavily subsidized by the feds!)

NARP’s Jim Mathews quickly corrected the congressman, who then added parochialism to ignorance on his list of “attributes” by petulantly saying, “You know what? The people in my district don’t benefit from a Los Angeles to Chicago train.” How’s that for big-picture thinking!

OK, congressman, the next time one of those vicious east coast hurricanes hits your district, what if one of your Republican colleagues in the House votes against relief aid for the people in your district because there would be no benefit to folks in his district?