LA to Chicago on Amtrak’s Chief.

CHICAGO–The Southwest Chief doesn’t depart until 6:15 p.m., but this past Sunday, I showed up almost four hours early—-thinking I would have a late-but-light lunch at Traxx restaurant there in the station. Alas, it was closed, and I settled for a BLT from Subway.


Los Angeles Union Station is right out of the Golden Age and you can’t walk through the waiting area without half expecting to see Carol Lombard or Douglas Fairbanks Jr. suddenly appear with phalanx of reporters shouting questions and photographers banging away with their Speed Graphics. This is one railroad station where I don’t mind waiting for some time–even several hours–before boarding my train. The people-watching is wonderful … and of course it is! This IS Los Angeles, after all!

The Chief arrived at platform 9 almost an hour before its scheduled departure time and I was settled into my roomette well before then. At precisely 6:15, a conductor down on the platform shouted “All Aboard” and we were rolling … headed for Chicago more than 2200 miles away. 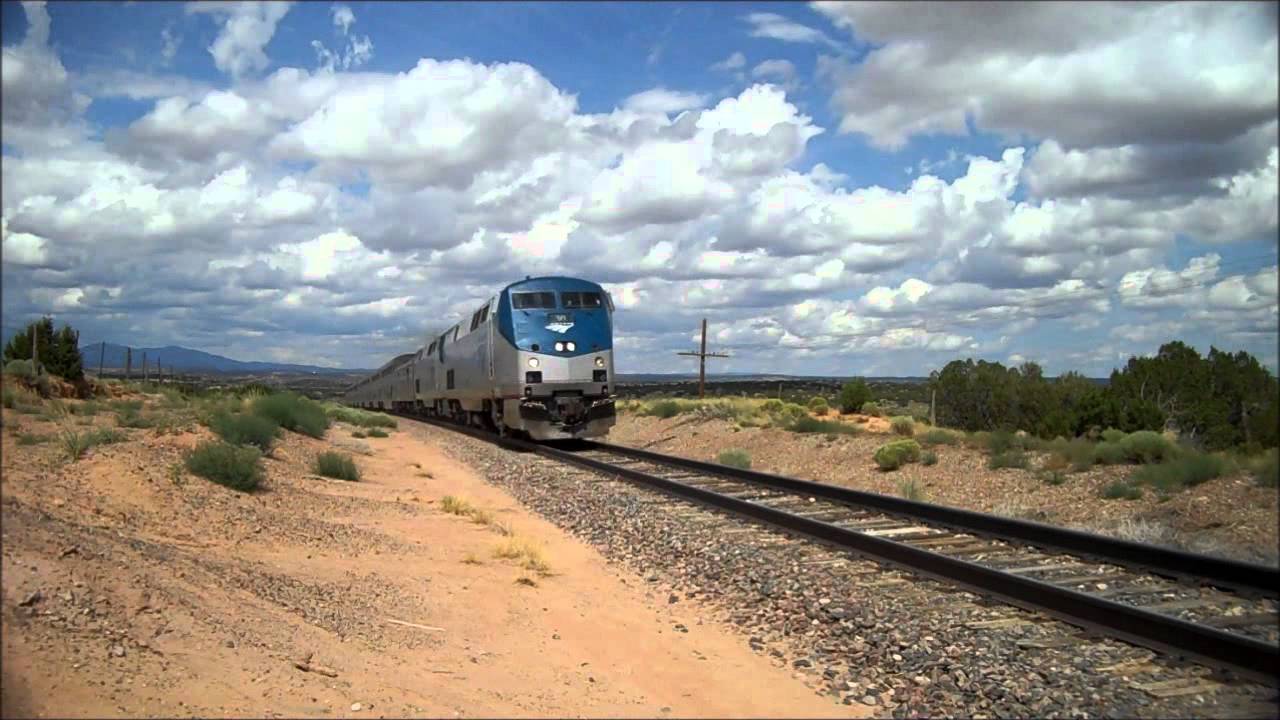 All day Monday we were jarred and shaken as the Chief doggedly plowed along over the stretch of track that has deteriorated to the point that Amtrak has threatened to reroute the train or, probably more likely, cancel it altogether. I can tell you from this recent, first-hand experience, the run from Albuquerque, New Mexico, to somewhere near Newton, Kansas, is pretty rough. In fact, I’m tempted to describe it as almost uncomfortable off and on throughout those 600 miles.

All that said, the last I heard, the three states involved, along with Amtrak, have agreed to fund the necessary upgrades and repairs, so it looks as though the Chief will continue to serve the transportation needs of people making their homes in that great diagonal swath through America’s heartland.

I must add here that the crew was great. Miella was my car attendant, Oscar was the dining car steward, and John was the server I got for four of the five meals I had on board. All three were terrific.

Tonight I’m very happily settled in the Palmer House here in Chicago–it’s first guests arrived in 1873–and tomorrow I’ll be taking the Cardinal for an overnight ride to Charlottesville, Virginia, where Thomas Jefferson’s home is located. Expect a full report.

Previous Sometimes a Hard Choice Is Easy.
NextNo. 2 on My List: The Coast Starlight.