Guess Whose Fingers Are In the PBS Pie?

We’ve given up on local television as a source of news. It’s an embarrassment—shallow and of little use when it comes to enlightening and informing the population. We do watch the PBS New Hour despite the fact that, with notable frequency, the producers persist in presenting representatives from the Cato Institute and the Heritage Foundation as “experts” on various topics. 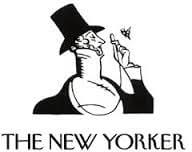 Both organizations are libertarian “think tanks” and both are heavily supported by the infamous Koch brothers. It is distressing to note that David Koch is a member of the board of trustees for the public television stations in Boston and New York City and has contributed many millions of dollars to both.
An interesting and disturbing article in The New Yorker magazine provides an in-depth look at the influence the Kochs and other big money donors have on the news and information the American public is getting. That now includes the steady flow of “all-government-is-bad” commentary on The PBS News Hour coming from representatives from Cato and Heritage.

All of which leads me in a roundabout but relevant way to the subject of the federal gasoline tax, which was imposed to provide funds for maintaining the nation’s roads and bridges. Congress set that tax at 18.4 cents a gallon back in 1993 when you could fill up your tank for 15 bucks. Their mistake, of course, was to pick a specific number of cents rather than make the tax a percentage of the cost-per-gallon. And so, for 22 years, members of Congress averse to raising any tax, the gasoline tax has remained at 18.4 cents while the demand for new roads and road repairs has steadily increased. As a result, the Highway Trust Fund will be broke in a matter of a few months.

What’s really needed, of course is a permanent source of funding for transportation, not just for roads, and that should rightfully include Amtrak. Under the current system, our national passenger rail system must go, hat in hand, to Congress every year, never knowing from one year to the next how much money they’ll have for the following year. And that is simply ridiculous.

What goes well beyond the ridiculous is the solution to the imminent bankruptcy of the Highway Trust Fund that was proposed by the Heritage Foundation on its web site:

“Rather than raise the federal gas tax, a better policy would be to repeal the federal tax and let states pay for their own road projects” [the emphasis is mine].

Excuse me? Congress has sluffed off responsibility for funding Amtrak routes of less than 750 miles onto the various states and several of those routes are now in jeopardy because—surprise!—the states can’t agree on who will shell out how much. So proposing an end to the federal gasoline tax is nothing but a cynical ploy to eliminate a tax. One thing’s for sure: You probably won’t be hearing much about that on public television.