They’re All In Favor of Progress … But Not Yet.

Running up against all the various anti-rail elements in this country can wear you down after a while. It can be frustrating because the people opposed to high-speed rail are very long on emotion and very short on facts. The best most of them can do is say, “It’s just a damn boondoggle”. That’s not an argument … it’s just a rant.

Even from more rational people, we hear the same objections over and over again: It will be a financial disaster. It’s illegal. It’ll be a visual blight. It’s not going to work. People won’t use it. 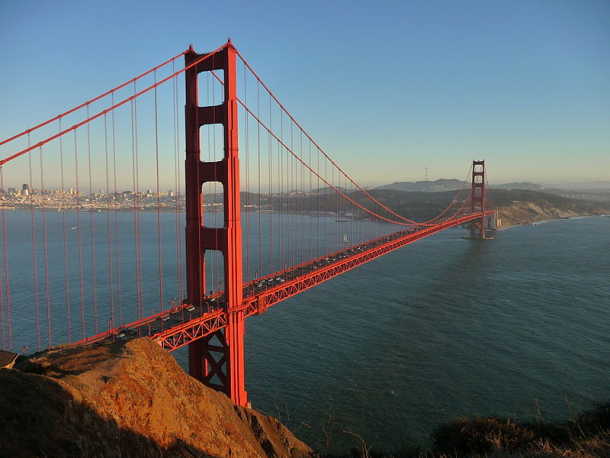 Here’s what’s so interesting about that: Some eighty-five years ago, critics had exactly the same objections when constructing the Golden Gate Bridge was first proposed. That was back in the early 1930s. Not needed? There are now five bridges in the Bay Area, and a sixth is under construction.

Critics said all the same things when BART was proposed for the San Francisco Bay area and, believe it or not, that was almost 50 years ago. Today, if BART shuts down for more than an hour or so, the entire area is paralyzed.

For the record, the know-it-alls used all those same arguments to trash the Hoover Dam and the Panama Canal and the trans-continental railroad and, I’ll wager, virtually every major infrastructure project for the past several centuries.

It’s important to note that those critics weren’t all cranks and crackpots. When it comes to the really big infrastructure and transportation projects, it’s been the serious professionals who have made the same error over and over again: underestimating the benefits and overestimating the problems.

If the bonafide professionals have consistently been wrong, imagine the problems we have trying to engage in rational discussion with people who oppose these projects on ideological grounds … those who are against government support of public transportation based on political philosophy. Personally — and I know I’m straying into a broader range of issues here — it’s very distressing to see a respected news program like the PBS News Hour repeatedly invite hacks and frauds from the Cato Institute or the Heritage Foundation to comment on a wide variety of current issues. Whatever it is, they’re against it.

At any rate, the battle continues and I’m proud to say that the National Association of Railroad Passengers is a leading voice speaking out in support of a balanced, comprehensive transportation system for this country.

Previous This Guy Wants to Kill Amtrak.
NextWhat Do We Have in Common With Frogs?