We Can Always Count On Change. 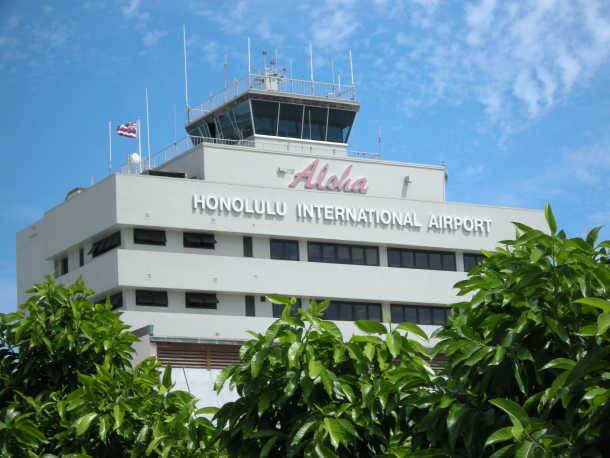 I have to go to Honolulu tomorrow (Thursday) and, in addition to the usual hour for the security hassle, I’m allowing extra time for picking up and returning my rental car. There is a lot of construction going on around the perimeter of the Honolulu airport and I’m going to have to sort all that out.

I remember quite clearly that there was construction happening at the airport on May 1, 1962, which was the day I first arrived in Hawaii and, as far as I can tell, there has been construction going on there every day since. I also recall that on the day we arrived there was only room at the airport for six of those huge new Boeing 707s to be loading or unloading passengers at any one time.

One important and welcome convenience for those of us using rental cars is no more. For years, a self-service gasoline station was located literally within a hundred feet of the car rental returns for all the major rental car agencies. It has disappeared and some sort of construction is now going on in its place. And, as far as I can tell, the closest gas station where our rental car gas tanks can be topped off is halfway back to Honolulu.

From my time in government, I know that there is usually a good reason — well, a reason, anyway — why changes occur. A year or so ago, the powers-that-be replaced all the signage at Honolulu International Airport that was directed at automobile traffic. The old signs were white lettering on a green background. The new signs are black lettering on a yellow background. Go figure.

Ever since I had knee-replacement surgery, I set off all the bells and whistles when I go through airport security … unless I can get into a line ending at one of the big it-can-see-you-naked machines. We have them at the Maui airport and I sail through those with no problem. Unfortunately, they don’t have them in Honolulu where I go through security before getting on an inter-island flight back home to Maui. When my turn comes and I pass through the metal detector, the buzzer goes off and the biggest guy on the shift heads for me while pulling on those blue latex gloves. It is a myth, by the way, that when you have joint replacement surgery, you get a card you can present to the TSA that will spare you the pat-downs. Not true!

Back in the mid-1970s—I forget the exact year—I was sent out to the airport as a representative of the Mayor (for whom I worked at the time) to officially greet the one-millionth visitor to Hawaii for that particular year. I just checked the official numbers compiled by the State of Hawaii. In 2013, the last year for which exact numbers are available, 14.3 million people came to visit us.

Previous What If We Just Stop Flying?
NextHawaiian Coffee is Best Home-Grown.