Giving credit where it’s due, that’s my wife’s line … the “fleas” remark, that is. I was just back from my Trans-Siberian trip and had told her about seeing and having brief conversations with several Red Sox fans along the way. The cap we all wear, dark blue with a distinctive red “B” with white edging above the bill, is the give-away. 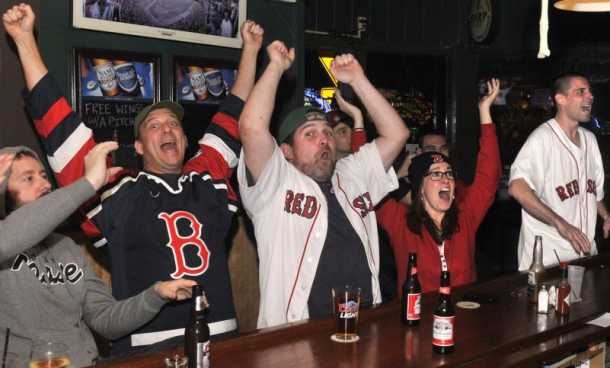 The first encounter occurred in the Hamburg railway station. A couple in their 40s. He and his wife had just arrived and I was about to leave. We had a very nice conversation at the top of a bank of escalators. There were from Braintree, Mass.

The second was in the station at St. Petersburg. The cap was worn by a youngster probably 9 or 10 years old. He was sitting with his parents and I was heading for my train back to Moscow. We each spotted the other’s cap about the same time. I stopped and said, “Who’s better, Jon Lester or Clay Buchholz?” The kid never missed a beat. “Lester”, he said. “Buchholz is inconsistent.”

In Shanghai, I was walking through a crowded shopping area with my guide, when someone muttered, “Red Sox suck!” as he brushed past. I turned around, looking for someone wearing a Yankee cap—I mean, could there be any doubt about his loyalties?—but whoever it was had disappeared into the crowd.

There were a couple of other similar encounters along the way and it struck me that this whole Sox-fans-are-everywhere-like-fleas phenomenon would make an interesting and amusing story. When I got back home, I proposed the idea in an email to one of the editors in the Boston Globe’s Sports Department. In no time at all, back came a response—It was a great idea, the guy said, but someone else had had the same idea and the Globe had run that story six months earlier.

My favorite Sox fan incident, however, occurred probably 25 years ago in the town of Pecs, in the southern part of Hungary. We were walking from our hotel to an outdoor market when I spotted a battered old Volkswagen beetle. In the rear window was a huge decal, featuring the team logo and the legend:

I hung around that car for several minutes, hoping the owner would show up. My wife became impatient, of course, and we moved on. After all, it was just one more flea. And they’re everywhere.