Understanding All the Racial Nuances in Hawaii Takes Time.

Jim Loomis December 13, 2014 Hawaii 0 Comment
Hawaii is unique in a great many ways, but the one distinction that has always fascinated me is the ethnic and racial diversity here. The fact is, everyone in Hawaii belongs to a minority group, which is probably why everyone gets along so well. 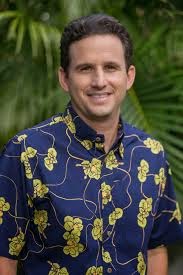 When speaking about that special aspect of Hawaii, our former governor, Neil Abercrombie (a Caucasian originally from upstate New York), often says, “It’s our diversity that defines us.”

When it comes to diversity, consider Hawaii’s congressional delegation. Senator Brian Schatz is a haole, Jewish, and was born on the mainland. Our other senator, Mazie Hirono, was born in Japan and immigrated here as a young girl.
One of our two members in the U.S. House of Representatives is Tulsi Gabbard. She is of Samoan ancestry, follows the Hindu religion, and is one of only two female combat veterans in Congress. Her colleague, and newly-elected member of Congress, Mark Takai, is of Japanese ancestry, served in Iraq as a member of the Hawaii Army National Guard, and holds the rank of Lt. Colonel.
Visitors to Hawaii have no idea how diverse we really are. They tend to see us as either white or not white, and maybe even assume that everyone who isn’t obviously Caucasian must be Hawaiian.
The reality is quite different and those of us born here or, in my case, who have lived here for a long time, draw some very fine and often confusing distinctions.
For instance, when the term “local” is used, it really means “non-white”. If you’re Caucasian, that makes you a haole … (pronounced HOW-lee). The word originally meant foreigner, but has come to mean, simply, a white person. Oh, except for the Portuguese here. They’re not considered haloes because their ancestors came to work as supervisors in the sugar and pineapple fields … and anyone who actually worked out in the hot sun could not possibly be a haole!
There are lots of Chinese, Japanese and Filipinos in Hawaii. Most of those folks originally came to Hawaii to work in sugar and pineapple fields, then worked their way into other professions and trades. Other Asians came here from Korea, Vietnam, Thailand … well, from pretty much everywhere.
In addition to native Hawaiians, other Polynesians here include Tahitians, Samoans and Tongans.
I find it all endlessly fascinating … and quite remarkable.