You Never See an Elephant When You Really Need to See One.

Jim Loomis September 06, 2014 Mexico 0 Comment
Some years back, I took one of the world’s more spectacular train rides – the Mexican train known as El Chepe. It’s operated by the Chihuahua al Pacifico Railroad and runs daily in both directions between Chihuahua and Los Mochis through the incredible Copper Canyon. 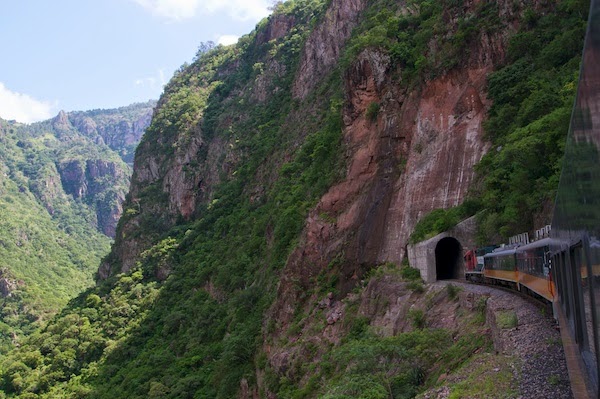 I had decided to break up my trip with an overnight stay along the way in the little town of Creel and signed up for a sightseeing tour during my free day there. At the appointed hour, a battered van wheeled into the parking lot of my little hotel. The driver hopped out and opened the passenger-side door of the van, gesturing that I should enter and sit up front next to him.

Soon we were jouncing along the rutted road that was apparently Creel’s main thoroughfare. The driver introduced himself as Polo and said I was the only passenger that day and would therefore be treated to a very special experience. “You have a camera?” he asked. I nodded and held up my compact digital camera.
“Excellent,” said Polo, “You will have many amazing photographs.”
We swung out onto a well-paved road and, mercifully, the bone-jarring bounces ended. Polo joyfully stomped the accelerator to the floor and the van rocketed down the highway.
“Soon you will see a great and amazing sight,” Polo shouted above the noise of the wind rushing and roaring through the open windows.
Fifteen minutes later, we slid to a stop at the side of the road and clambered out. I stood next to Polo in front of the van. With the look of triumph on his face, he pointed. “There,” he said. “Amazing, si ?”
I stared, but saw only a jumble of odd-shaped, sandy-colored boulders.
Polo’s expression faded to one of incredulity. “An elephant!” he said. “An elephant of rock. Just there!” 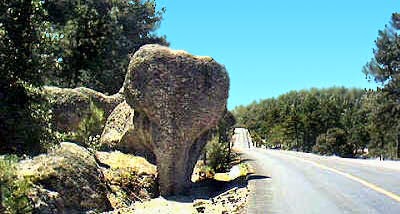 And then I saw it: a large boulder, perhaps eight feet high, which had been eroded by eons of relentless winds and, if viewed from just the right angle, did indeed look like an elephant. A disproportionately large head perhaps, but an elephant nonetheless.
“Ah, yes!” I said, doing my best to appear excited and pleased.
Polo looked at me expectantly, obviously waiting for me to say something more. Or perhaps to do something. I looked at him blankly as he pointed at my waist. “A photograph, yes?” he said.
“Yes, of course, a picture,” I said.
After I had snapped several photos, Polo appeared satisfied and beckoned. “Come,” he said, “There is much more to see.”
(To be continued.)

Previous The Forgotten Path to Success: Write It Right!
NextTo Beer or Not To Beer … That Is the Question.