Jim Loomis August 27, 2014 Hawaii, Mexico 0 Comment
It was early in 1970 and Frank Fasi had been mayor of Honolulu for about two years when the crisis hit: bus drivers for the privately owned Honolulu Rapid Transit company went out on strike. Public transportation on the Island of Oahu came to a virtual standstill.
The shutdown had, in fact, been engineered by the owner of HRT, Harry Weinberg. Essentially, he provoked the strike, then refused to negotiate with the union drivers. With no possibility of a resolution, Weinberg expected the City of Honolulu to eventually step in, buy HRT, and take over the operation … allowing him to walk away clean and with a satchel full of tax dollars. 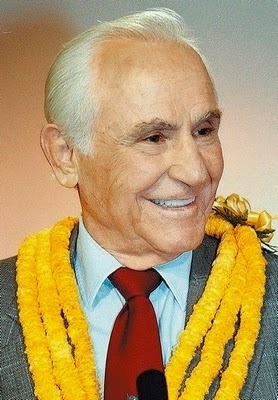 It probably would have worked if anyone but Frank Fasi had been mayor of Honolulu. Frank was a former Marine officer — tough, smart and certainly up to doing battle with Harry Weinberg. For one thing, Frank knew that the HRT equipment was old and would soon need replacing. Instead of negotiating the purchase of HRT with Weinberg, Frank set out to start a brand new transit system owned and operated by the City of Honolulu.

Within a few weeks, he learned that Dallas, Texas, was about to start replacing a large number of the buses in its system. With the city attorney, Frank flew to Dallas to negotiate the purchase, only to find himself in the middle of a labor dispute between the transit workers and the City of Dallas. That was a problem, because Dallas couldn’t get a commitment for federal funds to buy new buses to replace the ones being sold to Honolulu as long as there was a pending labor dispute.
Pointing out that no one could be more impartial than the Mayor of Honolulu, Frank wound up helping to mediate the dispute in Dallas. Then he flew to Washington to expedite the release of funds to the City of Dallas so they could, in turn, release their buses for Honolulu.
There were some 35 buses in all and they left Dallas in a caravan headed for the west coast where they were loaded onto a container ship. I’ve often wondered what motorists on highways in Texas and New Mexico and Arizona thought when they passed a string of 30-some buses, each with “HONOLULU” showing as a destination.
It was around the first of March when that container ship arrived in Honolulu harbor. Helicopters hovered above as TV cameramen filmed the arrival. Once the ship had docked, a giant crane lifted the first bus off the deck, swung it over the side, and set it down on the pier. That’s when Frank, wearing a cowboy hat presented to him by Dallas officials, gleefully climbed into the driver’s seat, fired it up the engine, and drove the bus in figure eights around the terminal parking lot. The media went nuts.
That was halfway through his first term as our mayor and was pretty much the start of an amazing political career. When he finally left office, Frank Fasi had served as Mayor of Honolulu for a total of 22 years. Today, he is remembered as the best mayor Honolulu ever had. Nobody’s a close second. You can ask anyone.

Previous First the Airlines, Now the Hotels Are Nicking Us.
NextNow You Can Defend Your Right to In-Flight Comfort. But …