We Bid Iselle a Not-So-Fond Aloha.

Jim Loomis August 08, 2014 Hawaii 0 Comment
Our unwelcome guest, Hurricane Iselle, has left Maui and is on her way to Oahu. And good riddance, too. All things considered, it wasn’t too bad. High winds and driving rain, but there was no discernible damage as we looked around this morning. Oh, there are a lot of little branches on the ground, but no trees are down.
That’s a big deal, too, because we have a lot of very tall eucalyptus trees on the property, a dozen or so with trunks three or four feet in diameter, and when one of those suckers goes over it gets your attention. Anything in its way is smashed to smithereens and it’s a big problem getting rid of it.
We had power all through the worst part of the storm and, given Maui Electric’s track record, that was quite amazing. Then, about an hour ago, after the rain had stopped and the winds had settled down to occasional sedate gusts, the power went out. Go figure. 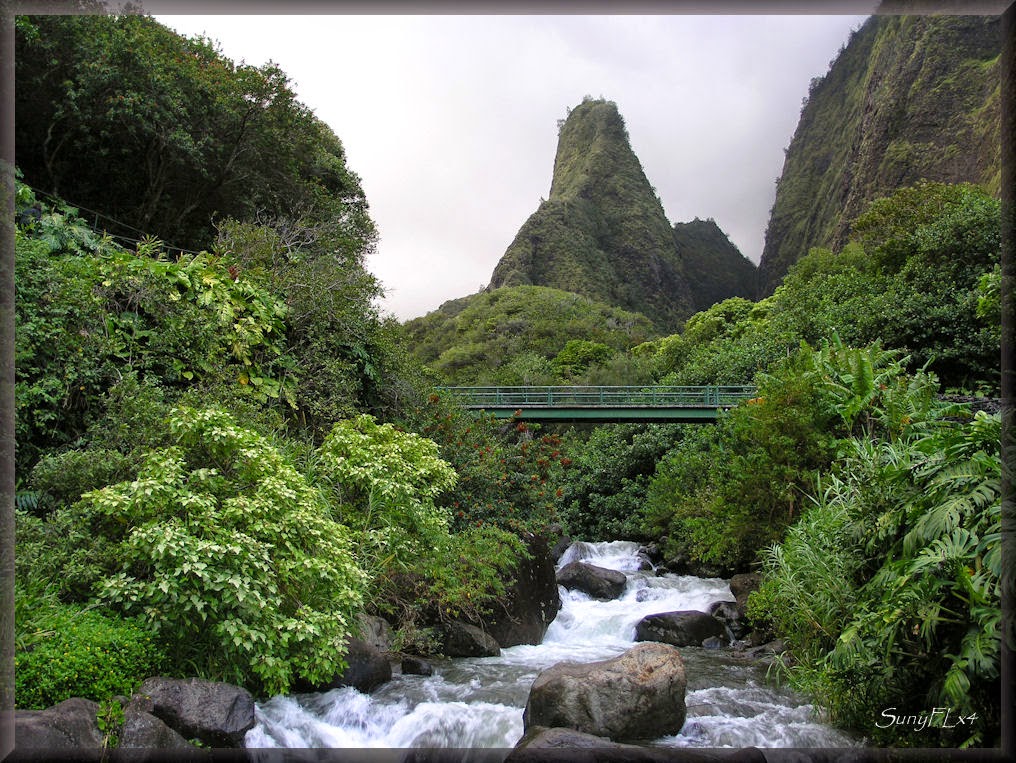 Maui is called the Valley Isle because, over the eons, great gullies and gulches have been carved out by runoff from frequent and prodigious rainfall up on the mountains. Here on West Maui, all that rain falls on the 10,000-foot dormant volcano, Haleakala, and heads downhill. As a consequence, flash flood warnings are taken seriously by the locals.

For instance, here’s Rainbow Falls on the Big Island (the Island of Hawaii) where Iselle first made landfall. And it doesn’t take a hurricane, either. It can be sunny and dry near the beach and raining like hell up in the mountains. The next thing you know, we’re searching for a couple of tourists who were hiking in what had been a dry stream bed minutes before.

At any rate, as we bid a not-so-fond farewell to Iselle, we now turn our attention to Hurricane Julio, following along behind by a couple of days. As of this moment, although a stronger hurricane than Iselle, Julio seems to headed far enough to the north of us so that we’ll get more wind and rain, but nothing of any great concern. That, of course, is subject to change and we’ll be paying close attention.

Previous We Can Hide, But We Can’t Run.
NextStrange Americana as Seen from Amtrak Trains.